Late autocrat of classical music is celebrated on 100th birthday

Late autocrat of classical music is celebrated on 100th birthday 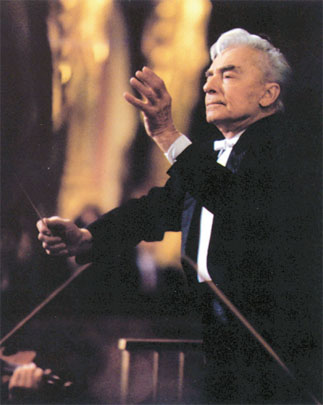 At a Christmas Day rehearsal in 1931, revered conductor Herbert von Karajan, then 23, could have been killed by one of his musicians. Rumor had it that Karajan was going to kick the bandmaster of the Ulm City Theater out of the orchestra. Thus, the bandmaster had concealed inside his blazer a loaded gun targeting the late Austrian superstar of classical music.

But the planned killing was thwarted and, needless to say, the bandmaster was indeed fired.

The above story is just one of many about the legendary conductor told by his acquaintances in the Deutsche Grammophon documentary “Karajan: The Music, The Legend.”

Karajan (1908-1989) is known to have been the ultimate autocratic classical musician of the 20th century. He had a clear vision about his music, and did not permit any other views.

Nineteen years after his death, Karajan still dominates the music industry. In celebration of what would have been his 100th birthday, the classical music world is trying to redefine this musical tyrant. Since late last year, record labels have been releasing CDs and DVDs of the late conductor’s memorable performances.

The latest biopic takes a look into Karajan’s personal life through the accounts of the conductor’s fellow musicians, friends and family. Karajan’s wife, French fashion model Eliette Mouret, and daughters Isabel and Arabelle are among those telling never-before-heard stories.

Karajan’s collaboration with noted Canadian pianist Glenn Gould (1932-1982) was also recently released in Korea. Well-known for his remarkable technique as well as eccentric personality, Gould performed with Karajan three times between 1957 and 1959. However, only the 1957 collaboration was recorded.

They performed Beethoven’s Concerto for Piano and Orchestra No. 3 in an interesting harmony of Karajan’s meticulously calculated music and Gould’s free and intuitive performance.

Views on Karajan are starkly divided. Some worship him as the greatest conductor in history, while others criticize him as a manipulative politician who used the media to get his way.

In the DVD, those close to him try to unveil the real Karajan they knew and set straight controversies surrounding him, such as his membership in the Nazi Party, his authoritative attitudes and his speeches.