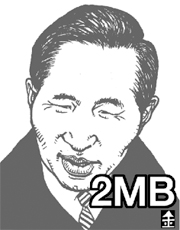 Some names make a good impression and some names don’t. According to a study conducted in the United States, students with names that teachers find favorable, such as Michael or Wendy, have a higher chance of getting good grades in school. Meanwhile, students with less popular names, such as Alfreda or Isidore, are more likely to feel isolated in society.

People’s initials seem to have an effect as well. In 1999, a University of California research team concluded that initials could even affect how long a person lives. Initials can form positive words, such as ACE, HUG or JOY, or negative words, such as PIG, BUM or DIE. Sometimes they don’t mean anything special, like JFK.

The research team looked through death certificates in California and compared the ages when people died with their initials. They found out that people whose initials formed positive words lived four and a half years longer than the average, while those with negative initials died three years earlier than average.

The team explained the results by saying that a person with negative initials tends to have low self-esteem from enduring negative responses, such as teasing. This affects the person’s mental health and leads to a higher risk of accidents.

President Lee Myung-bak is having a hard time because his initials have become the nickname 2MB, which also refers to 2 million bytes of storage capacity on a computer.

These days, an average personal computer has 1 billion bytes of memory capacity. Thus, 2MB implies an obsolete computer which can be found only in museums, or a senile old person.

Strangely, it was his own party that stuck Lee with this nickname. It began to circulate when the Grand National Party promoted its “2MB Promises to the People,” during the presidential campaign. However unfamiliar the Grand Nationals are with computers, they should fix this mistake. The best option would be to create a new, interesting nickname and wait for it to replace the old one.

U.S. President George W. Bush’s nickname is Dubya, the pronunciation of “W” in Texas. It implies that the president is a hometown country boy from the South, making it easy for people to relate to and feel close to the president.