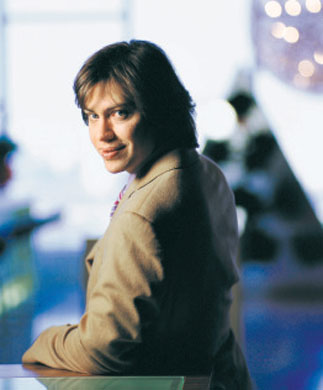 Yet another of the new age musician’s projects will make its Asian premiere in Seoul this Sunday. His first symphonic work, “Ad Vitam Aeternam,” which means “forever” in Latin, seeks to take the symphony to a new artistic and spiritual level.

The Steve Barakatt Symphony Concert, which has already been performed in North America, adopts one of the most universal themes life and creates an imaginary universe in which the audience can venture through its major stages and the philosophical questions that arise.

The vast musical event, written in 16 movements for piano and full orchestra, also features special lighting designed for each movement and melody, creating a colorful stage.

Barakatt, also a Unicef Goodwill Ambassador, has spent years researching the aesthetic and humane aspects of symphonic experiments, delving into areas such as religion, philosophy and psychology.

His magnum opus was also put on stage at Le Grand Theatre de Quebec last month for the 400th anniversary celebrations of the city of Quebec, the musician’s hometown.

Barakatt is famous in Korea for his sophisticated, modern tunes with stylish electronic sounds such as “Rainbow Bridge,” “The Whistler’s Song” and “I’m Sorry.” They have been used for Korean TV dramas, commercials and mobile phone ringtones.

He first performed in Korea in 2005. The following year, his Seoul concert to promote his first vocal album, “Here I Am,” sold out.