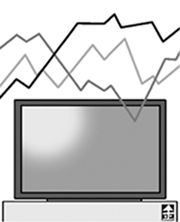 TV viewer rating analysis in Korea began in 1991. It uses a people meter to automatically recognize which program the viewer is watching. Now there are two companies in the local market that do the job.
TV rating analysis greatly changed the morning landscape of broadcasting companies. TV rating by the hour and by program was delivered to the desk of broadcast managers and producers as if they were daily grade reports. TV ratings became the standard to decide the success or failure of a program and the ratings themselves became entertainment news.
Some question the TV ratings here. Compared to other countries, the sample household numbers are smaller and there is no system to verify the ratings. In Europe, there are noncommercial organizations separate from the rating companies to analyze and verify the ratings. In the United States, there is a separate verification organization other than the rating companies. They function to guarantee the transparency and objectivity of the analysis. From time to time controversy risesin Korea over the ratings because analysis of the results of the two rating companies are different.
Related to this, the Korea Broadcasting Commission, the predecessor of the Korea Communication Commission, once announced that the rating analysis method needs to be improved. It proposed the inauguration of a TV rating commission, the management of a verification system, and the expansion of personal and outdoor rating analysis. It also proposed a comprehensive rating analyses of new platforms, such as VOD, IPTV and DMB. Recently, a rating company started to analyze live ratings. Instead of the current overnight method, it provides the information a minute later on the Web. Ratings can be verified live anywhere, anytime. It also provides statistical analysis by gender, age and region.
Of course, the broadcasters are still lukewarm about it. They say it is unrealistic to make programs, taking account of live ratings.
Having things live has become a keyword in modern life. The ranking of live keyword searches shows the immediate flow of public opinion. Some portals provide live statistical data. The ongoing candlelight rallies have shown the power of live relays. The fascination of speed has made technological development shorten the time difference in many areas. However, we can’t help but question the temptation of having things live. It has acted as another stimulus in a war for speed and unlimited competition in mass culture. There is concern about the omnipotence of TV ratings.