Birth of a brief Korean empire

Birth of a brief Korean empire 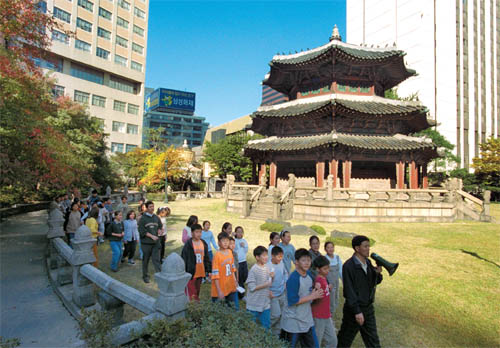 After the Japanese tore down Hwangudan, what remains at the former site is a three-story octagonal pavilion built as an ancestral altar that was part of the complex used by Korean kings to offer sacrifices to heaven.

When walking in downtown Seoul, one sees remnants of the old palaces of the Joseon Dynasty scattered around. They are unmistakably parts of old Korea. Here and there are ancient looking buildings but one can’t be sure whether they are original structures or just replicas from the past. In the midst of modern high rise buildings, right in front of the Westin Chosun Hotel in central Seoul, a lovely pavilion is set in a garden. The pavilion sits within the hotel complex, an exclusive pocket of serenity amid the downtown bustle. There is much more to it. 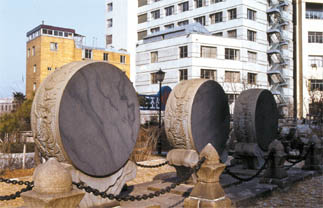 Little but three stone drums with dragons carved into their sides have survived. [JoongAng Ilbo]

The pavilion was part of a bigger complex called Hwangudan: an altar where kings of the late Joseon Dynasty performed rites to heaven, paying tribute in hopes for favorable weather to assure a bountiful harvest on which the kingdom and its citizens depended. Thought to have originated sometime during the period of the Three Kingdoms, during the Joseon Dynasty it was King Sejo who gave meaning to the ritual by making it an official ceremony of the nation. The rituals continued for some time but then stopped.

The three-story octagonal pavilion was not the main building where the rituals were performed but a building attached to the main complex and a platform where the sacrifices to heaven were made. Today, apart from the pavilion, part of a wall that separated the main complex from the pavilion and three drums carved out of stone are the only things that remain of Hwangudan. The three stone drums have dragon patterns carved on their sides, providing a glimpse of ancient craftsmanship. 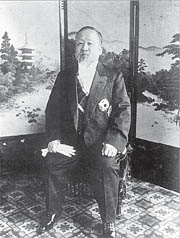 Scholars say the main gate to the complex was deliberately used as an entrance to the Hotel. It was a lowering of the complex’s status (what was left of it) intended by the Japanese. A place once reserved for the country’s kings had now come in use by ordinary citizens - a measure intended to humiliate Koreans. Professor Na Gak-sun of the history department of the Seoul City government pointed out that hotels at the time were frequented mostly by the ruling Japanese, who could afford the price, and those who collaborated with them. “They built a hotel where common people sleep and eat on grounds once considered sacred. Japan wanted to shame the nation,” said Na.

The passage was removed in 1967, when the pavilion was rebuilt to its current form on orders by the late president Park Chung Hee. 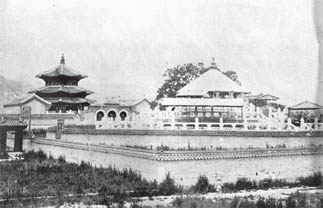 Hwangudan was at the pinnacle of its existence when King Gojong (1852-1919) declared in October of 1897 the beginning of the Korean Empire. “It was an announcement made with heaven witnessing - a declaration that the country was equal to all others in the world. It was certainly done with an eye on the country’s sad state at the time,” said the professor. “Gojong wanted to tell the people that it was a new beginning for the country and that despite all the foreign powers surrounding Korea, the country would stand tall.”

Some scholars argue that the establishment of the Korean Empire was encouraged by the Japanese who saw it as an opportunity to completely sever ties between the country and China, which had wielded influence over the Korean Peninsula for centuries until Japan took the upper hand in the struggle.

The move to build a hotel was not only aimed at humiliating the country but was also part of a grand plan to systematically destroy significant cultural artifacts. “Japan focused its efforts on removing significant structures so that there wouldn’t be a focal point of resistance to its rule,” said Choi Hae Park rae, an official at the Jung District office, which is in charge of overseeing the historical site. The official said that a research project was being undertaken to find out more historical information on the complex. “We don’t know much what happened to the structures after the complex was broken apart,” said Choi, adding that finding historical records would help to track down remains if they have not been destroyed.

Last year, remains of the gate to the complex was discovered at Green Park Hotel in Ui-dong, northern Seoul, where it fell into disrepair. It has been in use at the entrance of a local bus company’s parking space where the hotel used to stand. Since then, the country’s Cultural Heritage Administration has said that it would move the gate to a public park. Kim Seok-hui, an official at the administration, said his office and the city of Seoul are now discussing a proper venue for the gate to be moved to.

“We have set aside 1 billion won ($967,000) for this particular project and will move it as soon as a location has been worked out,” said the official, adding that a public park was the most likely location for the artifact to be placed. It could also include a mini museum. Current circumstances make it hard to return the gate to its original site.