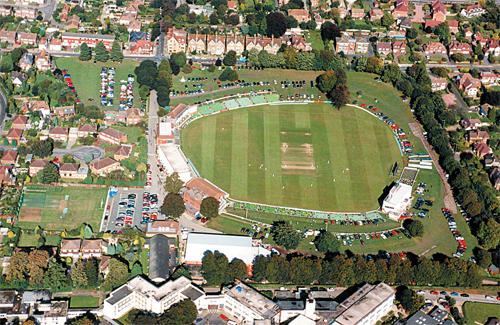 It was a typical English summer’s day. Sparrows were chuntering in the apple trees, the dew lay heavy on the lawn of my parents’ house and not a cloud blotted the deep blue of the sky.

This was England and weather this good only appears in English films starring Hugh Grant or Keira Knightley.

On a recent trip back to Kent, the county in southeast England where I grew up, I was indulging in an annual pilgrimage: I was off to the cricket.

Cricket is as English as fish and chips, stodgy food, draughty hotels and crooked teeth. If you want to understand what makes the English tick, go watch a game of cricket. The sport is a microcosm of English manners, customs, vanities, foibles and eccentricities, a tangible representation of the English psyche.

Most of all, a day at the cricket is a lot of fun, as long as the weather holds. You see, you can’t play cricket in the rain.

My destination was the St. Lawrence Ground in the historic city of Canterbury, home to Kent County Cricket Club, the team I have supported for 30 years.

Canterbury is about an hour and a half southeast of London by train. After reaching Canterbury, I walked the one and a half miles to the St. Lawrence Ground, through a leafy residential suburb where the average age of the population is about 85.

Inside the venue, nothing has changed. It never does. The wooden pavilion, for which you have to be a club member to enter, is as rickety as ever, the doddery carpark attendants look like they saw action at the Somme, and the seats in the stands are bottom-numbingly uncomfortable.

I wouldn’t have it any other way.

I hadn’t seen Kent play in a year so I was understandably excited. We were halfway through the season, which runs from April to September, and today’s was a vital cup match. 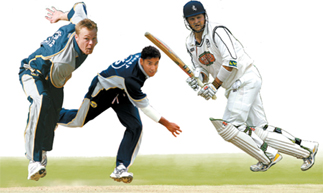 Bowlers in cricket run in to throw the ball, unlike baseball pitchers who stand and throw. The batsman wears a range of protective equipment because a cricket ball is very hard and bouncy.

I settled into my seat at the Pavilion End of the ground and took in the vista.

Players were warming up on the outfield. A handful of kids were knocking about with a bat and tennis ball (a cricket ball is possibly the hardest ball used in any sport) below the giant scoreboard. The stands were filling up, barmen were rolling kegs of beer into a huge marquee and the groundsmen were preparing the pitch with a heavy roller.

Perfect, I thought, as I tucked into the last of my sandwiches - I’d eaten the others on the train - and cracked open a beer.

And then it happened. Five minutes before the match was scheduled to start, a storm cloud the size of Daegu appeared from nowhere, darkened the Nackington Road End and dropped its tonnage.

The dads, kids and players on the field fled for cover as groundsmen valiantly dragged a giant plastic cover over the pitch in a futile bid to keep the grass dry.

Within minutes, the outfield was sodden, wet enough to support aquatic life, and the stands were ablaze with brightly colored umbrellas.

At this point, most sane people would sigh, accept fate, pack their picnic and go home. It was irrational to think the match would start at any point during the day. Yachting was the only sport possible on a field this wet.

But cricket attracts a rare breed of optimist. “Weather’s a bit dicey,” said an elderly gentleman on the bench behind me. 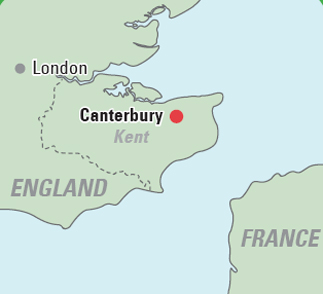 “Yes, it is rather,” replied his female companion, knitting what looked to be a giant pair of swimming trunks. “I’m sure it’ll clear up soon,” she added, not missing a stitch.

On the outfield, meanwhile, seagulls had set up an impromptu game of water polo.

It’s one of life’s oddities that a summer sport that depends on sunshine and warmth became so popular in drizzly England. You don’t have the same problem in Australia, South Africa, South Asia or the Caribbean where cricket is extremely popular.

What’s the attraction of this sport anyway? Cricket lasts from morning to evening, one game can last five days, and you still might not get a result. Imagine that. Five days and no winner, no loser.

Understandably, cricket has been tagged as “boring” by the uninitiated. When I explain the game to friends of mine from the States, their eyes glaze over and they remind me that the American actor Robin Williams said cricket is basically baseball on valium.

It’s certainly not a sport for everyone, but once you accept that the rules are very complicated and that not even the players always know what’s going on; that half the fun for spectators is the eating, drinking and social side of the game; and that winning is not always important, you might get the hang of cricket.

Perhaps most importantly, cricket teaches you that life’s often unfair, which is why I was able to accept with maturity and a sense of fate that I had travelled halfway round the world from Seoul to Canterbury only for the match to be rained off. So I did what everyone else around the ground was doing: I packed my picnic, put away my scorecard and headed for the beer tent.

It was already fairly crowded and despite the early hour, the beer taps were flowing generously. Cricket is a very sociable activity and I soon found myself chatting away to the knitting woman.

I told her cricket was not very popular in Korea. “Why ever not?” she asked, almost dropping her glass.

As lunchtime approached, a chill wind was flapping the sides of the marquee, and even though the rain had relented, the ground felt wintry. Only a few brave souls had stayed on, most others accepting the game would be abandoned.

But then a buzz ran the length of the bar around 2 p.m. The umpires were going to inspect the pitch, someone was saying, and if there was no more rain, play could start by 3 p.m.

Everyone cheered up and we ordered another round and I regaled my new friends with tales of baseball.

“They use a glove to catch the ball? But that’s cheating!” said the knitter’s husband.

The umpires duly inspected the pitch, two lonely figures in the middle of the ground accompanied by a wistful looking groundsman. As they splashed their way back to the pavilion with much shaking of their jowls, the beer tent brigade knew the unspeakable would soon be spoken.

Minutes later, the PA cranked up. “Match abandoned.” We stood like school kids told the school trip to the seaside had been called off.

Someone suggested more beer for the road, but I said my goodbyes and made my way to the exit.

I paused by the edge of the ground, totally covered with plastic sheeting now.

A 200-year-old lime tree used to stand inside the playing area of the cricket ground. When it blew down during a hurricane in 2005, the story made national headlines.

Can you imagine an oak tree in the middle of Yankee Stadium?

That’s what I miss about England when I am away. The eccentricity and the love of tradition and customs.

What did Kent cricket club do after the tree was downed? It planted another lime tree, near where the felled tree once stood, inside the playing area.

I turned away, accepting fate, and started to plan for my next trip the following year.