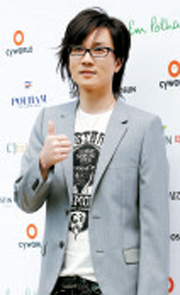 It’s D-10 until legendary musician Seotaiji stages “The Great,” a rock-classic concert with Tolga Kashif and the Royal Philharmonic Orchestra at the World Cup Stadium in Sangam-dong, northwestern Seoul.

Kashif was the conductor of the London Philharmonic and Royal Philharmonic Orchestra. He composed The Queen Symphony in 2003 based on English group Queen’s songs.