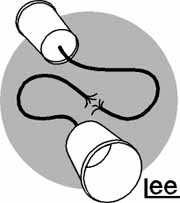 Communication is the talk of the town these days. Politicians, the media and the masses are all talking about it.

The big containers - the “Myung-bak Mountain Fortress” - that demonstrators set up in Gwanghwamun, central Seoul, during the candlelight rallies symbolized communication breakdown, so the government tried to communicate with the people through a televised forum.

But communication is important not only in politics. It is central to modern society. Organizations with poor communications go bust. In countries where people no longer communicate with high-ranking officials, rumor and conspiracy are par for the course. Psychopaths, murderers who don’t feel any guilt, cannot communicate emotionally. Their lack of empathy with others sometimes leads them to commit heinous crimes.

Some media scholars recently held a communication forum, a gathering that emphasizes the importance of communication between the progressive and the conservative forces that have divided our society. Kang Joon-mann of North Jeolla University and Won Yong-jin of Sogang University were the main organizers.

For example, whoever wins an election monopolizes power, changes the rules of the game, takes sides and shouts, “Let our side win.”

There is also the irony that people in politics who refuse to communicate and force their opinion on others more often than not win. Kang thinks the communication ability of the progressives and the conservatives is problematic.

The conservatives and progressives both think about their relationship in terms of winners and losers. If someone raises an objection, the progressives oppose it, claiming it is the “conservative frame.”

The progressive forces need to polish their communication skills. We cry out for a communication revolution that starts here, right now in our daily lives.