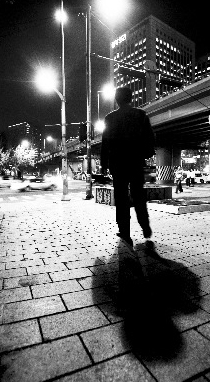 The statistics are staggering.

Sales of antidepressants are up 40 percent compared to a year ago.

Over 12,000 people took their own lives last year.

And even by conservative estimates, it is thought that tens of thousands of people suffer from depression in Korea.

Since last January, 15 million Lexapro tablets, currently the top selling antidepressant in the country, have been sold.

While increased antidepressant sales indicate that more people are getting the help they need, to doctors it’s far from sufficient.

They point to the suicide rate as evidence that not enough people are getting help when they should.

But while the recent suicide of a famous actress has rattled the country and South Korea reels from the highest suicide rate among the 30 OECD member countries, surprisingly few people seek professional help. This is a society where visiting a shrink is still considered taboo.

“Here, the social stigma is one of the main obstacles to getting treatment. People don’t want to knock on a psychiatrist’s door because they are afraid they will be branded as ‘crazy,’” said Oh Kang-seop, a professor of psychiatry at Sungkyunkwan University’s medical school.

Oh points to research done in northern European countries, including Sweden, that found that an increase in treatment, especially for depression, had a major effect on lowering suicide rates. Sweden used to have one of the highest suicide rates in the world.

He said that the Korean Neuropsychiatric Association has tried for years to change the Korean term for psychiatry (jeongsingwa) to a more friendly- sounding one, as the mere mention of it is enough to cause aversion. 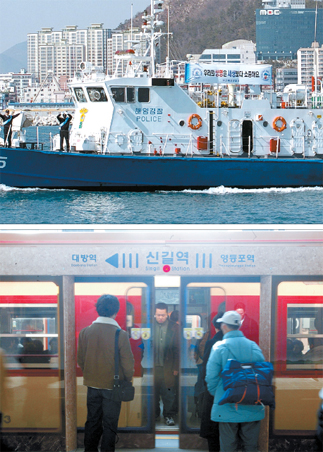 “We wanted to change the perception among the general public so that seeing a psychiatrist is viewed just like a normal visit to a doctor, like seeking treatment for the flu,” said Oh.

From his own experience, he estimates that less than 10 percent of people with depression have been diagnosed and are seeking professional treatment.

“That’s a lot of sick people we are talking about who, if not treated, could do drastic things.”

The Health Ministry estimates that about 2.5 percent of the total population - or 1.25 million people - suffer from depression, of whom only 1.1 percent are being treated.

While seeking professional help may not be a big deal in Western countries, in a country where the history of psychiatry is short - scholars and experts have only recently started to pay more attention to the science of dissecting the human mind - it is still alien, much less accepted.

Hong, 34, a consultant who asked to be identified only by his last name, remembers how one of his high school classmates fell victim to such a social stigma.

“We knew someone who had to take a leave of absence from school because he was so stressed out by his studies, but when he came back it was even worse. Everybody would point at him and say he was crazy just because he had seen a shrink,” said Hong.

“In the end, he had to move to another school.”

Last week, civic groups including the Korean Association for Suicide Prevention held a forum to raise awareness and pressure the government to take the necessary steps to curb the rising suicide rate.

Domestically, suicides ranked fourth among causes of death last year, moving up from eighth place a decade ago. It is now the No. 1 cause of death for people in their 20s and 30s.

Research by Yonsei University professor Dr. Nam Yun-young identified the major methods of suicide as strangulation, suffocation, use of petrochemicals and death from falling.

While depression among adults is mainly associated with midlife crises, teen suicides tend to be caused by impulse, experts say.

Chairman Hong Kang-eui of the Korean Association for Suicide Prevention, who is also an emeritus professor at Seoul National University’s medical school, stressed that in cases of depression, the first line of prevention is to get the person in question to talk.

“Just letting something off your chest itself is a start. The problem is the invisible barrier that prevents people from seeing a doctor,” said Dr. Hong.

For that very reason, he explained, many people choose not to use their insurance for psychiatric treatment despite higher costs. This is in order not to leave a record, although by law the privacy of the patient is protected.

“This is another reflection of the conventional thinking in our society,” said the doctor.

An insurance agent speaking on condition of anonymity admitted that insurance companies tend to discriminate against people with a history of mental illness.

The tendency to remain anonymous while receiving treatment has also pushed an increasing number of people to Oriental medicine clinics, which are not covered by insurance.

Also wanting to be identified only by his last name, Park, 38, who works for a conglomerate and is currently receiving regular treatment at an Oriental clinic in the Gangnam area for depression, said that he was reluctant to let anyone at his workplace know about his visits to the clinic.

“I dare not. Word will spread and it’s going to work against me for sure some day,” said Park.

Concerned by the rising suicide rate, the government is finally showing signs of trying to address the problem on a national level.

A mix of government agencies led by the Health Ministry are currently devising a general plan aimed at curbing suicides.

A government official said that the plan includes the construction of more screen doors on subways, which are already currently in use at various stations. These doors prevent passengers from falling or jumping onto the rails.

Also on the to-do list are higher fences for bridges to prevent people from jumping.

Even the Agriculture Ministry is trying to do its bit by establishing rules that would make the purchase of agrochemicals more difficult with a tighter monitoring system.

Given that the country is one of the most wired on Earth, finding a way to limit access to Web sites that advise people how to kill themselves is also considered vital, and a task currently being tackled by the Korea Communications Commission.

Min Young-sin, a health ministry official, said that the plan is in its final phase of drafting and will be handed over to the prime minister’s office or to next month’s cabinet meeting to be announced.

“Compared to the past, the urgency to do something has certainly gotten bigger,” said the official. “The death numbers just keep piling up.”

In a separate effort to get a handle on the rising suicide rate, Grand National Party lawmaker Lim Doo-sung submitted at the end of last month a bill to establish a legal framework under which a comprehensive plan can be drawn up to tackle the issue.

The government’s plan will also try to establish a social safety system for low-income families and the elderly, whom it judges to be more vulnerable to the temptation of suicide.

Even the weather can be a catalyst for someone to commit suicide, experts have found. If the underlying cause is not financial hardship or a family tragedy it could be the season of the year causing a serious mood change. This is known as seasonal affective disorder.

While scholars have come up with various reasons for the surging suicide rate, some suggest that South Koreans - notorious for their murderous work hours - may be too caught up in a society that has emphasized economic growth since it rose from the ashes of the Korean War.

“The speed of industrialization since the Korean War is just amazing. It gave birth to a culture and society that is very competitive. It’s about winning over others - or losing. The cutthroat competitive nature is putting a lot of pressure on the human mind,” said Kim Ho-gi, a sociology professor at Yonsei University.

In a survey conducted by the Korean General Social Survey last year, South Korea ranked 26th out of 32 countries in levels of job satisfaction, and was last in levels of interest toward work.

This is despite the fact that it has been four years since the country introduced a five-day workweek, which was meant to give workers here more time for personal development and rest from workplace stress.

In a recent survey by the Korea National Statistical Office, 79.8 percent of 42,000 people surveyed said they felt their income was inadequate for their children’s education.

For the professor, it all sounds like easy math.

“There are a lot of people who work without any self interest but just for the sake of bringing bread and butter home. They just need a little push to go over the edge,” he concludes.