Composer forays into realms of fantasy via Abbey Road

Composer forays into realms of fantasy via Abbey Road 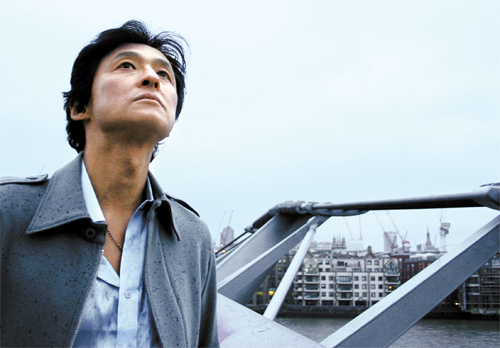 Yang Bang-ean wrote the score for the documentary “Asian Corridor in Heaven,” which has been nominated for an International Emmy Award. Provided by the organizer

Korean-Japanese pianist, composer and producer Yang Bang-ean, 48, had a wistful look in his eyes. “It was like destiny,” he said.

“The moment I listened to Pink Floyd, I felt some sort of strong force connecting me and the music. Then I knew that it would be like that for the rest of my life.”

Back then, Yang was a middle school student with a shaven head. His school, run by Chongryon [better known as Chosen Soren in Japan], an association of pro-North Korean residents in Japan, made its male students cut off all their hair. Although long locks were considered a must for a rock musician in those days, a bald pate did little to discourage Yang from pursuing music. He pressured some of his classmates, also freshly sheared, to form a rock band.

So it began - Yang’s musical career, odyssey, destiny, however you want to label it.

Thirty years later, he’s one of the hottest producers in the Asian music industry. He’s produced Shogo Hamada, a popular singer-songwriter in Japan, plus pop-rock band “Beyond” from Hong Kong. He also scored the Jackie Chan action flick “Thunderbolt” (a.k.a. Dead Heat) and the Hong Kong TV drama “Jing Wu Men,” an adaptation of Bruce Lee’s classic “Fist of Fury.”

Despite the artist’s appetite for a smorgasbord of musical genres - rock, pop, film soundtracks - Yang’s background is classical. Just like his brothers and sisters, he studied the piano under Takizaki Sizuyoko, a professor at the Tokyo National University of Fine Arts and Music.

“‘Music is supposed to be fun.’ This is the greatest teaching he gave me,” Yang confided. “As a young boy, I wasn’t really into playing the piano. I preferred baseball. Professor Takizaki wanted his young students to experience the world on their own, so that they can enjoy music. 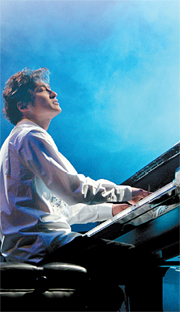 “For instance, he would make me perform with a symphony orchestra, instead of sticking to routine practice. He really wanted me to have fun with music regardless of the genre, because that is the way it’s supposed to be.”

But Yang’s pursuit of a career in music wasn’t all fun and games.

Yang’s father was from North Korea and his mother from the South. Ironically, Yang’s father talked of Jeju Island, off the southern coast of South Korea, as his home, while his mother called Sinuiju, on the Sino-North Korean border, her home.

Although it was Yang’s parents who gave him piano lessons in the first place, they didn’t want him to be a musician.

Yang’s father, a medical doctor, wanted his children to follow in his footsteps and pursue a career in medicine, thinking the job would help secure some respect for his children among the Japanese. Yang, the youngest of the five, could not be an exception.

Following his parent’s wish, Yang attended the Nippon Medical School in Tokyo, and got a job as an anesthetist after graduation.

But his passion for music was too strong to resist. He quit his job after a year and followed what he thought was his destiny.

After his success as a producer in Hong Kong and Japan, Yang came Korea in 1997. It was the first time he had visited his motherland. He went to Jeju Island, which he calls “a paradise and a sacred place.” His father, who was born there, had passed away in 1995.

For the past nine years, Yang has been flexing his musical muscles in the Korean music scene. 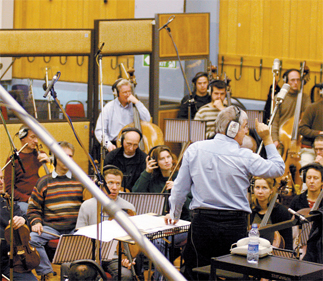 Yang works on the score for the fantasy game “Aion” with the London Symphony Orchestra at the Abbey Road studio in London. Provided by the organizer

As a solo artist, he has released albums and held concerts. He composed “Frontier! - Voices from the East,” the official theme music of the 2002 Busan Asian Games, and the main theme song “Too Far Away” for the 2003 Korean drama series “Sangdo (Propriety of a Merchant).”

Yang is perhaps best known to Koreans for the music for the KBS show “Asian Corridor in Heaven,” a documentary that takes viewers on a perilous historic journey through an ancient trade route linking China, Tibet, Nepal and India.

“The balance between my colors and the visuals worked well, helping the pictures to shine,” Yang said. “That is exactly what draws me to making music for visual pieces. When I make just my music, I project myself. But when I make music for a visual piece, I put reflecting the visual before anything else, and then add a little bit of me. When the right music is born for the visual, the synergy is enormous.”

Such was the case with Asian Corridor in Heaven. The production won many awards at home and abroad including the 2008 Korea Communications Commission’s Grand Prize.

It was also nominated in the documentary category of the upcoming International Emmy Awards, the first Korean program to compete for the awards. The winners will be announced later this month.

Last month, Yang opened another horizon to his musical explorations. He released the soundtrack for the blockbuster online game “Aion: The Tower of Eternity,” the latest fantasy game developed by NCsoft, a Korean company that introduced the hit game “Lineage.”

Yang is the first Korean musician ever to compose, orchestrate and produce the score for a blockbuster online game.

“I was intrigued by this new world, a virtual environment that only existed in the game. The possibilities triggered my imagination,” said Yang.

Since 2004, when Yang began the work, he lived in that virtual world. Game developers sent him the stories, backdrops and characters as soon as they created them. Yang would stick them to the walls of his studio, hoping to immerse himself in this world of imagination. He then sat down to write the music.

“We usually write the music after the game has taken shape, but with Aion, the music and game production began at the same time,” Yang said. “We created the world of Aion together.”

Three years later, at a cost of 1 billion won ($751,941), the 73-member London Symphony Orchestra recorded the 22 tracks for Aion at Abbey Road, one of the world’s most famous recording studios, in London.

Next year marks the tenth anniversary of Yang’s career in Korea and he’s not showing any signs of wear and tear. He has a new solo album in the pipeline and a concert coming up. As to what territory he’s planning to venture into next, it’s anybody’s guess.

“I don’t really plan what I’m going to do next. Whatever is in me, whoever I am at the time, I just pour into my music.”