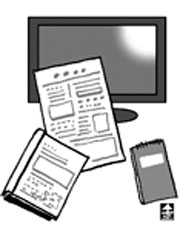 South Korea’s Constitutional Court on Thursday ruled that the monopoly on TV commercial airtime sales enjoyed by a state-run agency was unconstitutional, giving a green light to free and unfettered trade in airtime sales for the first time in nearly 20 years. The ruling may also prelude a reshaping of the local advertising market.

Television broadcasters hailed the news. They have long been complaining that they fail to get fair prices for their prime-time, popular programs due to sales practices by the Korea Broadcasting Advertising Corp., or Kobaco.

MBC, among the three major TV networks, would have to clarify whether it is a private or state-owned entity amid the wave of change. Under the loose advertising market, broadcasting stations may have to expect heat from big broadcasters while local and less popular stations may get the cold shoulder.

Kobaco, established in 1981, controls the advertisement sales of all terrestrial broadcasting stations in Korea. It has worked as a vehicle between broadcasters and advertisers on setting time and prices for commercials aired on TV and radio. The agency usually bundled and sold unwanted advertising time with prime ones in order to allow smaller advertisers and local broadcasters access to advertising revenue.

The government is confident that it is better without the controversial agency. In a report to the president in September, the Broadcasting and Communications Commission predicted that under a free market, the local advertising market can grow by 5.2 percent annually, up from the current 4 percent, while growth of broadcasting advertising revenue shot up to nearly 8 percent from the current 2 percent.

We see media newcomers depend primarily on advertising revenue to make up for cheap viewing rates that result in low-quality programs. Bigger media are no different. Revenue from advertising triples those from viewing rates among TV stations, and ads or public relations articles take up half of magazine pages.

Such foul media practices have made consumers grow numb to handouts and bargains. What we need is a broad media policy that sets the line for the free-of-charge and non-free markets and encourages the efficient flow of the advertising market.

The writer is a deputy culture and sports editor of JoongAng Ilbo.