[BOOKS in brief]Selling one’s soul to save a child

[BOOKS in brief]Selling one’s soul to save a child 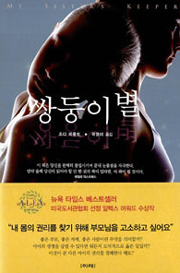 “My Sister’s Keeper” by Jodi Picoult begins in a courtroom, where 13-year-old Anna Fitzgerald is suing her parents. It then rewinds over a decade, to before Anna was conceived.

Sara and Brian have a beautiful little daughter named Kate. But when Kate is 2, she is diagnosed with leukemia and her parents are told that she will die without blood and bone marrow transfusions. To save Kate, the two decide to have another baby. That’s Anna - chosen and born to be the perfect genetic match for her sister.

Anna has to endure painful injections for Kate. She spends much of her time hospitalized, her entire existence for the sake of her elder sister.

However, at 13, when Sara tells Anna that her sister needs a kidney, Anna has had enough.

At this point, just when the reader is feeling total sympathy for Anna, the story from the parents’ side begins.

Whenever Kate has to go to the emergency room, all Brian can do is write.

“The child loved the scent of the spring. She can dance without music, her favorite color was pink and favorite time of the day was the twilight hours...”

Sara, a mother willing to sell her soul to save her daughter, is plagued with questions about what they’ve done. “Was it legal? Moral? Was I crazy or cruel? I have no idea. But all I know is that it was right thing to do. It was as if one child of mine was stuck in a burning building. The only way to save her was to let the other child in because only she could find the way out. I knew that it was the only chance to save both of them.”

Back in the courtroom, Anna takes the witness stand. “I do want Kate to live, but on the other hand, I want to get out of her life.” By Lim Ju-ri