Bach, Beethoven and the Berlin Philharmonic

Bach, Beethoven and the Berlin Philharmonic 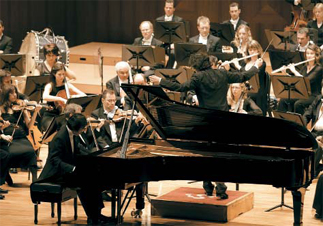 The London Philharmonic under the baton of conductor Vladimir Jurowski.

Six local musicians of renown select their best moments from the past 12 months.

Hwang Byung-ki, 72, a performer of the gayageum, the 12-stringed Korean harp, says he saw new hope in gugak, or traditional Korean music.

“One of the highlights this year was a modern gugak performance at the Kumho Art Hall on Oct. 10 by the Contemporary Music Ensemble Korea, a chamber group led by gayageum performer Lee Ji-young,” Hwang said. It was a fusion of gugak with the guitar and cello. To many people, fusion gugak means Western melodies played by traditional Korean instruments. But this time, it was the other way around.

The chamber group invited five overseas musicians, including Chinese composer, Chou Wen-chung and German composer Klaus Huber, to compose songs using gugak instruments. The composers had known nothing about gugak before they participated in a workshop on gugak and received musical training. The final compositions were very different from the existing fusion gugak melodies.

Dennis Kim, 33, the concertmaster of the Seoul Philharmonic Orchestra, said the Berlin Philharmonic gave the best classical performance this year.

“Since I had my own concert on the day the orchestra was to perform, I visited their rehearsal, which was held on Nov. 20 at the Seoul Arts Center. I was really moved. Every orchestra member played with all their hearts. They were so enthusiastic, even though it was only a rehearsal.”

To cellist Yang Sung-won, 41, it’s difficult to pick just one highlight. So he picked two: concerts by pianists Angela Hewitt from Canada and Stephen Hough from England, who both performed at the LG Art Center in southern Seoul on April 13 and June 1, respectively. Hewitt played collections of Bach and Hough played Mendelssohn and Beethoven.

Chung Chi-yong, 51, a conductor and professor at The Korean National University of Arts, was charmed by Vladimir Jurowski, the 36-year-old conductor with the London Philharmonic, which performed on March 12 at the Sejong Center for the Performing Arts.

Under Jurowski’s baton, the London Philharmonic performed Tchaikovsky’s Symphony No. 6 in B minor, known as “Pathetique.” Though the performance itself wasn’t perfect, the conductor’s passion and youthfulness won over the audience.

“I guess audiences like good-looking, charismatic and confident conductors,” Chung said. “World orchestras today seem to be hiring young conductors mostly in their 20s and 30s.” 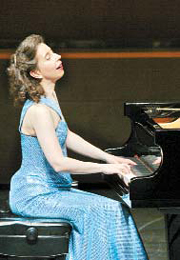 Pianist Kim Joo-young, 38, selected the Hungarian-born British pianist Andras Schiff as the pick of the year. 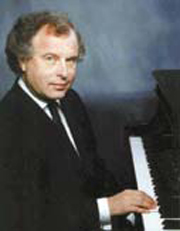 Schiff, known for his interpretations of Bach, visited Korea for the first time in his career on Feb. 24 at the Seoul Arts Center.

Tenor Ryu Jung-pil, 40, from the Korea National Opera, was impressed by three veteran tenors at the Sejong Center for the Performing Arts on Oct. 19 and 21, Park In-soo, 70; Eom Jung-haeng, 65; and Shin Young-jo, 65. “I believe their legendary voices were engraved in people’s hearts that night,” he said.