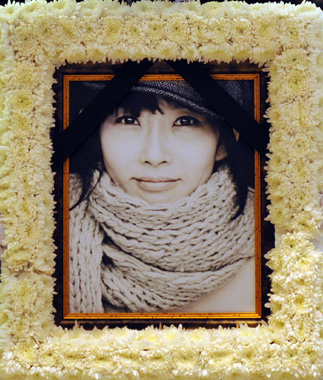 “Actress Choi Jin-sil was popular and loved by everyone. Why would she commit suicide?” a student asked. “She was depressed,” another student said. [NEWSIS]

Consider the following: If A = a pressure-packed competitive society driven to succeed; B = a stagnant economy unable to create jobs; C = education and housing costs among the highest in the world; D = a psychiatric medical model operating in a previous era; and E = a pervasive cultural stigma against mental illness. Add these together and you get “The Republic of Suicide.”

According to a June 2008 OECD report, South Korea has the highest suicide rate among developed countries: 26 per 100,000 people. (This number excludes unreported suicides.) The World Health Organization designates suicide as “a major preventable cause of premature death.”

My students asked me recently why the actress Choi Jin-sil committed suicide.

“She was so popular and loved by everyone. Why would she commit suicide?” a student asked.

“She was depressed,” one student said.

“Depression is a clear risk factor for suicide,” I told the class.

“A lot of people who kill themselves are seriously depressed. They feel hopeless about their lives and commit suicide to end the pain.”

“But how can we stop it?” another student asked.

“We can recognize, address and find a remedy for the person’s sources of stress,” I told them. “We can talk openly about it, we can educate people to help get rid of the misconceptions, self-blame, guilt and shame. We cannot just fall into a societal silence.”

The discussion turned to people who join Internet suicide pacts, and jump off buildings and in front of trains, (the students refer to them as “jumpers.”)

“We knew the family of one of those jumpers,” a student told the class. “He was disappointed with his school grades and jumped off a 12th floor balcony. He was only 15 years old.”

The suicide rate among school-age children is linked to the pressure that Korean society has created around the one-time, succeed or fail, university entrance exam. If the child at risk can’t keep up with the rest of the group, he jumps.

Some experts believe that teenage suicide is used as a social protest against the pressures of an insensitive and competitive educational system.

Over the years I have counseled many students in varying stages of depression or anxiety. One student went overseas to be treated because her doctor here prescribed yoga and vitamins for her depression.

Another student could not find a job 18 months after graduating. She thought it was her fault, so she lost weight, had cosmetic surgery, and bought expensive new clothes. In the end, she went overseas to graduate school to escape the feelings of failure.

These students and so many others needed someone to talk to and support them, and to acknowledge that a problem exists and address it.

According to Tania Campbell of Ohmynews, “... South Korea does not have a well-developed concept of mental illness, especially as a treatable disease.” She goes on to say that “certainly the recovery-based consumer-driven model that exists in the West has not been implemented here.”

And in a report issued by Dr. Daniel Fisher, an American psychiatrist who visited Korea in 2007, at the invitation of the National Human Rights Commission, “South Korea is still operating the type of institution-based system seen in the United States 40 years ago.”

Given that suicide is preventable in many cases, there is much that can be done to address Korea’s high suicide rate.

According to Dr. Lee Eun, a psychiatrist at Yonsei’s Severance Hospital, the government must educate the public about depression and suicide.

In particular, she recommends educating the public that “depression is not a result of having a weak will.”

Government countermeasures are a step forward because they recognize that suicide is not merely a result of individual mental illness, but a reflection of larger structural societal factors.

For example, the government is building more barriers on subway platforms to stop people from jumping onto the tracks. It has ordered Internet portals to close more than 700 suicide-related Internet sites in the past year. It has also started to tackle the economy and the education system.

More improvement is needed, however. The government must improve the mental health infrastructure and increase the number of mental health professionals.

In addition, it must also establish a medical insurance system that covers treatment for mental health problems.

While government countermeasures may represent crucial first steps as a top-down approach, they must also be supplemented with an effective bottom-up approach.

This bottom-up approach is required to change Koreans’ perceptions of mental health and wellness to better understand and support those suffering from depression.

First, there must be a concerted health campaign countrywide to educate the public that depression is not due to a weak character and is a treatable disease with a positive recovery outcome.

Second, schools need programs that directly reach out to students who suffer from depression and other mental illnesses.

For the Korean mental health industry to address its suicide equation problem, both the top-down and bottom-up approaches are necessary.

Korean societal norms have changed and traditional safety nets for financial and emotional support, such as the extended family, no longer work in the 21st century. Economic hardship and different family structures are facts of life and the pressure to succeed is enormous and destructive for young people.

Suicide is surmountable but early intervention and treatment are essential.

As the Nigerian author Ben Okri put it, “The most authentic thing about us is our capacity to create, to overcome, to endure, to transform, to love and be greater than our suffering.”


*The writer is an assistant professor at Ewha Womans University."