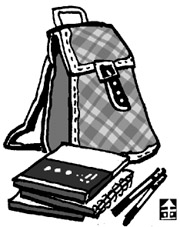 The Arabian desert is home to a species of tiny birds known as the Arabian babbler. They became a long-term project of biologist Amotz Zahavi, who was the first to notice the birds’ peculiar behavior, which later helped him develop his evolutionary signaling theory.

These babblers clean each other, exchange gifts and compete with one another to help in feeding and building nests. Such altruistic traits in these particular birds, Zahavi concluded, show off greater biological fitness to attract female mates and dominate the territorial group.

In short, it was pure self-interest that motivated these little birds to engage in their chivalrous and honorable gestures.

Whatever the true motives are, competitive altruism can do more good than harm for a society. But unfortunately, other forms of animal signaling and male competition for courtship or dominance have tragic endings.

The best examples are peacock tails and elk antlers.

Peacocks show off their extravagant tails to impress and win over potential female mates.

For an elk, the bigger its antlers, the greater its chances of winning a fight to gain mating rights. The winner of an antler fight then can pass on his superior genes to the next generation.

Magnificent antlers can win mating partners, but the heavy load on their heads at the same time makes them vulnerable as prey for predators.

Economist Robert Frank observed that these winner-take-all effects are increasingly a prominent feature in the global market. He highlighted how wasteful and vain positional arms races are.

In a fierce race for a better position than one’s social peers, people compete for higher pay and bigger houses; this creates economic waste and losses.

Frank argued that a kind of arms control agreement is needed to prevent a collective disaster driven by the pursuit of self-interest.

If male elks, for example, mutually agreed to reduce the size of their antlers by 50 percent, they would be able to sustain their relative herd hierarchy without too much weight on their heads.

In a winner-take-all society, a few winners seize the wealth, leaving very little for the rest. This kind of arms race infects many parts of our society.

For example, the race for better and more expensive education has become more and more intense.

One middle school recently announced an agreement between all parents to abandon private tutoring.

Mutual understanding and agreement to seek ways for everyone, not a select few, to survive is the most expedient way to create a desirable society.