Teenage girl gave her life to be free

Teenage girl gave her life to be free 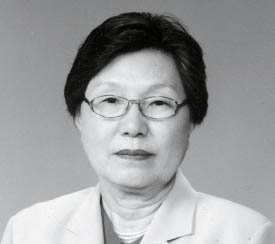 Yu Gwan-sun was a galvanizing figure: a girl of just 18 who felt the calling to fight for freedom, killed by the Japanese in 1920.

But she admits that there’s a lot we don’t know about her. “She died so young, at just 18,” said Kim in a recent interview. “She didn’t leave any possessions, and she isn’t survived by any children.”

Mostly Kim has heard about Yu from her father-in-law, Yu’s older brother U-seok. But the untimely and tragic death of his little sister was not something that he enjoyed talking about, Kim says. After organizing a mass protest in Cheonan, Yu Gwan-sun was arrested and died in prison a year later.

Another myth about the young heroine is the state of her body when it was returned to her family. Koreans generally believed that it was cut into six pieces and dumped in a box, but Kim says that wasn’t the case.

Kim believes were Yu alive today, she might be fighting for the nation’s standing in the international community or devoting her life to the poor and the elderly.

“Although a lot of attention has been paid to Yu, I believe she is just a representative of all the others who participated in Korea’s independence movement,” Kim says. “We have to make it our duty to find all of them and give them the honor they deserve.”