For the love of our children

For the love of our children 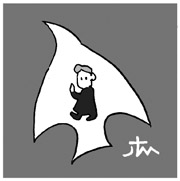 In the spring of 2005, screenwriter J. Michael Straczynski received a call from a source from his journalism days covering Los Angeles City Hall. The source revealed that city officials were about to destroy old documents regarding Christine Collins, a woman who challenged city authorities in the 1920s. In March 1928, single mom Christine returned home to find her 9-year-old son, Walter, missing. Five months later, the police claimed they had found Walter and organized a highly-publicized reunion. However, Christine found that the boy was not her son.

The police, fearing criticism of incompetence, branded the mother unfit and delusional, and sent her to a psychiatric ward. Christine, however, braved threats from authorities and launched a lawsuit against the police chief while continuing to search for her real son.

She won the lawsuit with the help of human rights activists and brought down the L.A. police department, then an embodiment of systemic corruption and incompetence.

Straczynski spent a year researching historical records to write the script for the Clint Eastwood-directed “Changeling,” hoping to tell the remarkable story of one working-class woman’s bold challenge spurred on by motherly love.

In June 1996, an ordinary working father, Kim Jong-ki, lost his only son, Dae-hyun. The 16-year-old took his life by jumping out of the fifth floor of their apartment building after long bearing the brunt of bullying and torment from peers at school. The school strongly denied any maltreatment of the boy. Parents of the boys accused of harassing Dae-hyun also were busy hiding the truth. Kim realized then that if his son had not died, he too would not have cared.

At that time, few were aware that intimidation and violence were rampant on school grounds. He was first to talk about the seriousness of the problem. He left his executive job and established a foundation to prevent youth violence and help those in need.

Last week, the United Kingdom fell into deep grief over the short but brave life of a 6-year-old boy. Ivan, the son of opposition party leader David Cameron, died after suffering cerebral palsy and epilepsy. Ivan, like Walter and Dae-hyun, entirely changed the lives of his parents. The experience of caring for fragile Ivan broadened Cameron’s political insight and made the opposition leader a passionate supporter of the country’s free national medical system. Ivan became a teacher of tolerance, endurance and love.

Like all parents, the three mentioned above regarded their sons as precious and irreplaceable.

No matter how protective parents can be, they cannot shield their children from unexpected illness, violence, fierce competition and other evils and trials in this world. What we need is a society that can provide an umbrella to protect all of our children.