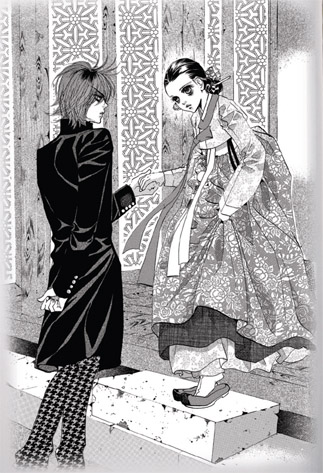 North Africa seems at first glance an unlikely destination for manwha, which can be translated as comics or comic books.

But local comic book publisher Daewon Culture Industry announced in January this year that “Witch Hunter” by Cho Jung-man is destined for Algeria.
Once overshadowed by manga, its equivalent in Japan, the local manwha industry has been moving up as a favorite as local publishers expand their fan base around the world.
Korean comic books are already sold in Asia, Europe, North America, Latin America and Oceania, but “Witch Hunter,” which tells a tale of warriors fighting witches, as its title suggests, became the first to be exported to Africa. 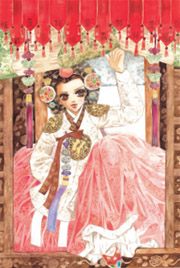 Other Korean publications are getting rave reviews from foreign readers, too. “Priest” by Hyung Min-woo has been translated into 15 languages, including English, French, German and Spanish, and “Ragnarok” by Lee Myung-jin is exported to as many as 30 countries. 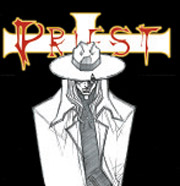 “The first contract was signed back in 2001, and Priest was exported to more than 20 countries because one language could cover more than one country. For example, once Priest was translated into English, it became available in the U.S., Canada, Britain and Australia,” said Roh Ji-young, an official at Daewon.
The film rights for Priest have been sold to Hollywood. Scott Charles Stewart, who worked on Frank Miller’s “Sin City” (2005) and Jon Favreau’s “Iron Man” (2008), is said to be slated to direct.
“Priest is the first manwha to become a Hollywood film, which is a great achievement for the Korean comic book industry,” Roh said.

The success of Priest and
Ragnarok comes from the universal elements they contain.

Both are based on fictional worlds and the characters’ nationalities are unclear, making it easier for readers from different countries to relate to them. The characters also look familiar to readers outside Korea. They look like typical characters from online role-playing games.

The books’ success has given the industry here a much needed shot of hope. Although this year marks the 100th anniversary since the first comic was published in this country, the industry has suffered in the past.

Back in the 1970s, comic books were regarded by the establishment as an evil distraction from education, and many copies were burned in schools.

The suppression failed and in the late 1970s and ’80s, several different series gained cult status and were filmed as animated features.

With the advent of comic book rental shops in the 1990s, however, the industry began to slump. Fans were renting rather than buying. And soon after that, homes across the nation hooked up to high-speed Internet services and readers could download stories for free after other fans uploaded them.

Desperately seeking ways to survive, the industry cast an eye over the overseas markets.

Now Korea’s comic books can be found at the Frankfurt Book Fair and the Angouleme International Comics Festival in France.

“Before 2003, only a handful of Korean comics were exported, mainly to Southeast Asia,” said Park Si-hyung, an official of the Korea Culture and Content Agency. “The decisive moment was in 2003 when Angouleme made Korea the guest of honor at the festival. After that level of exposure, exports grew.”

By country, from 2005 to 2007, European countries imported the most comics from Korea, accounting for 38.3 percent, while North America bought 21.5 percent, Japan 16 percent and Southeast Asian nations 12.5 percent. In response, the central government recently said it will inject 142.5 billion won ($96.9 million) into the industry over the next five years. By doing so, the government expects to achieve 7 trillion won in sales, $2 billion in exports, and create 10,000 new job opportunities.

So what captured the imagination of overseas readers? “Some foreign readers prefer universal topics and characters found in Priest and
Ragnarok,” said Jang Sun-young, an official at Seoul Animation Center. “But others prefer comics that are heavily accented with Korean sentiment such as Kim Dong-wha’s ‘Story of Gisaeng’ or Lee Do-ho’s ‘Suhoji,’” said Jang.

Gisaeng were trained female entertainers from the Joseon Dynasty who served the nobility. Suhoji is about men fighting corrupt government officials during Ming Dynasty, China.

Romance comics are also best sellers. “Gung (Palace Story)” by Park So-hee is sold in 13 countries, including Japan and Taiwan, after the Korean TV drama version gained a huge following in Asia.

There is also the highly profitable merchandising aspect of the industry. Characters from “The Thousand and One Nights” by Han Seung-hee are used for stationery, such as notes and pencil cases, in Germany, and “P.K.” by Park Chul-ho was made into an online game in France.

Despite positive feedback from abroad, industry experts say the Korean comic book industry has certain challenges to overcome before it can cement its position.

Park of the Korea Culture and Content Agency said, “Korea is in need of developing new content because we’ve exported almost all our comics in recent years. But the Korean environment makes it hard for authors and publishers to embark on new projects because of copyright infringement and a saturated market.”

In order to cope with the problem, the Seoul Animation Center launched a project late last year to support Korean authors so that they could work on new projects only for export.

“Ghost Face enjoys the same kind of popularity as Hyung’s previous hit Priest in many countries and some want to purchase the film rights and make it into a film,” said Jang Sun-young of the Seoul Animation Center, adding that when the comics are produced elsewhere such as online, mobile games and films, Korea can expect more revenue.

“Korea should find its own edge,” said Kim Sung-eun, an official from Ministry of Culture, Sports and Tourism.

One area that might be ripe for development is Webtoons, which are published through Web sites. These are usually faster-paced than conventional comics, and comic books for education.

“There is a huge market in Korea for comics that have an educational bent. That specific genre might open a new era for the Korean cartoon industry,” added Park.

Cartoons for educational purposes are all the rage in Korea, addressing historical events, science and math. They are also popular elsewhere in Asia where parents have high expectations for their children’s academic performance.

For example, “Survival” has sold more than 1 million copies in Taiwan and China, according to I-Seum, the publisher. Its focus is general knowledge questions about the human body and science.

The Korean Literature Translation Institute says a total of 1,103 types of books were exported to 23 countries last year. Among them, one-third were comic books published for educational purposes.