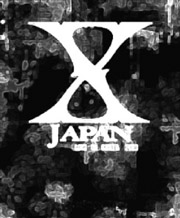 Back when Seo Taiji and Boys was an explosive new pop group in the early 1990s, there was talk that Seo based his stage name Taiji on the name of the bassist for the Japanese rock band X Japan. He’s also called Taiji (pronounced, Tah-ee-jee).

The theory made sense. Seo was once the bassist of rock group called Sinawe, but perhaps because of the strong significance of X Japan, his fans said, enraged, “People are trying to scar Seo Taiji’s reputation and denounce him as a follower of Japanese music.”

Seo Taiji later explained, “My name has no relation to Taiji [X japan’s bassist],” but speculation arises from time to time.

Yesterday X Japan postponed its concerts in Korea on March 21 and 22. The concert organizers have apparently offered refunds for the band’s concert in Japan slated for May, so there is no way of knowing when the group might play again.

X Japan formed in 1985 when Koreans had virtually no access to Japanese music. This particular band was the source of an unfounded fear that “Once Korea opens up to Japanese music, Korean music will be dead in an instant.”

X Japan was a lot better than domestic artists at the time. Their hit songs “Endless Rain” and “Say Anything” sound familiar even when you hear the track for the first time. Why? Because many Korean songwriters and singers copied their songs.

Even in the days when imports were officially banned, the “Best of X” album, also known as B.O.X., could be purchased in basement record stores in Namdaemun, Seoul.

Speculation spread that illegal salesmen had probably brought around 200,000 albums to Korea from Japan. Years later, when the Japanese pop music market started to open in 1998, the first album to be released was an instrumental version of the Best of X album.

Korean pop music was unaffected even after the market fully opened. Some Korean singers have made a much greater impact than their Japanese counterparts, making money overseas thanks to a growing interest in Korean pop culture, a phenomenon known as the Korean Wave.

However, we never saw X Japan in Korea, because they officially broke up in 1997.

A concert was booked for Aug. 15, 2008, at Jamsil Stadium when the group announced a reunion in March last year, but many people objected. “A Japanese band can’t perform in Seoul on Independence Day,” cried many. The concert was put back to November, then to March, and now it has been postponed indefinitely amidst rumors of discord between group members.

It is next to impossible to see the group perform in Seoul, or anywhere else in Korea.

And now Korea-Japan relations that seemed calm have suddenly twisted again following a foolish remark out of nowhere.