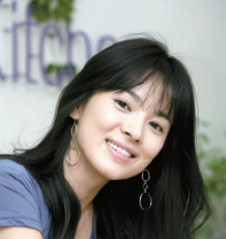 The highly-anticipated film by renowned Chinese director John Woo, set to star Taiwanese actor Chang Chen and Korean actress Song Hye-kyo, has been called off, reportedly due to conflicts between Woo and the production company, China Film Group.

According to Sohn’s management company, Woo has contacted her to apologize and has asked her to appear in future films that he will be directing.

Woo, known most recently for “Red Cliff,” revealed plans for 1949 last year in May at the 61st Cannes Film Festival, announcing that shooting would begin in China and Taiwan by the end of 2008. The movie was scheduled to open in December.

The film was to be based on a tragic accident that occurred in the year 1949, when the ship Taiping collided with a cargo ship at sea. Of the over 1,000 passengers on the Taiping, only 38 survived. The film was to be written by Wang Hui-ling, the scriptwriter for Ang Lee’s film “Lust, Caution.”