Music for the independence movement

Music for the independence movement 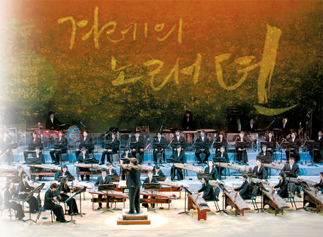 The National Orchestra of Korea holds the “The People’s Concert” every year. Provided by the orchestra

The National Orchestra of Korea will celebrate the 90th anniversary since a group of Korean leaders set up the country’s provisional government in Shanghai during Japan’s colonial period (1910-1945).

Dubbed “The People’s Concert,” the orchestra will play the National Anthem of the Korean Empire composed in 1902 by German composer Franz von Eckert (1852-1916) plus folk songs like “Arirang” and contemporary songs like “Oh Pilseung Korea,” the football anthem popular during the 2002 World Cup.

The People’s Concert first began in 2000 and every year there’s a different theme.

“This year we wanted to celebrate the birth of Korea’s provisional government in 1919 in China,” said Kim Jin-yeong of the National Theater of Korea.