The artistic debate over Jesus’ death

The artistic debate over Jesus’ death 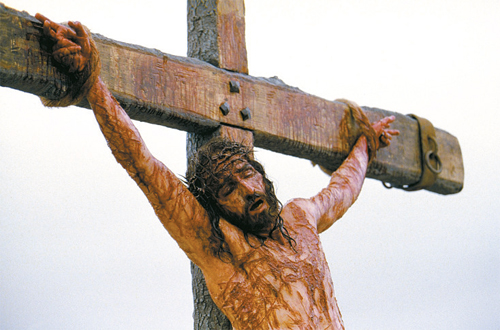 1. The crucifixion scene from Mel Gibson’s film “The Passion of the Christ.”

With Easter tomorrow, it is the season for Christians worldwide to meditate on the biblical passion of Jesus Christ, to his crucifixion and his resurrection three days later. But it’s also the season for controversy over the “correct” way to celebrate the death and rebirth of the Christian son of God.

These rifts have been erupting for centuries. In fact, for the eastern sects of Christianity, tomorrow isn’t Easter at all - they celebrate it one week later this year, on April 19. 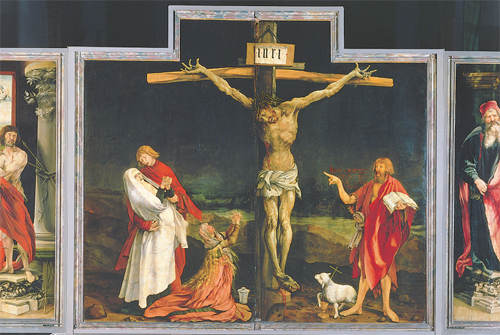 But the passage of time hasn’t stopped the squabbling. Around this time three years ago, a translation of the Gospel of Judas was unveiled by the National Geographic Society, giving rise to controversy around the world. The ancient document, defying mainstream Christianity, argues that the handover of Jesus by Judas Iscariot was not actually an act of betrayal but the execution of a secret order from Jesus himself. This document is presumed to have been written by a gnostic Christian in the third century and is regarded as a heresy by the mainstream.

Around this time five years ago, another controversy arose among Christians and those interested in Christianity: “The Passion of the Christ,” a film directed and co-produced by superstar Mel Gibson. But the debate the movie provoked was different from those stirred up by the Gospel of Judas or even the best-selling novel “The Da Vinci Code.” Whereas those works challenge traditional Christian doctrines, The Passion of the Christ caused a sensation because, if anything, it hewed too close to tradition, with scenes of extremely cruel violence that many thought gave off the faint scent of anti-Semitism. 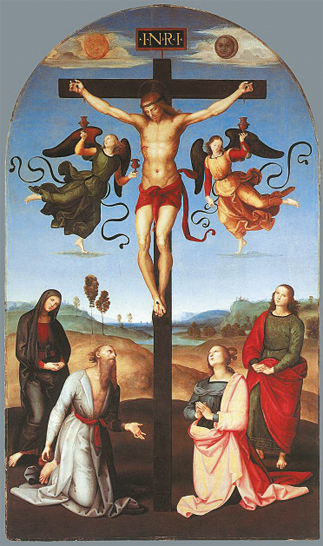 The movie describes the tortures and crucifixion that Jesus went through so vividly and in such minute detail that it was rated R by the Motion Picture Association of America. For example, look at the photo on this page of the crucifixion scene in the film (figure 1). Few movies before had depicted a Jesus covered with bloody scratches, and the scenes of Christ’s torture and death are nearly unbearable.

Without these gory visuals, The Passion of the Christ would not be as sensational to conventional Christians. Its ultra-traditional interpretation of the Bible is so exact that it could be used as the Sunday school textbook. As a traditionalist Catholic, Mel Gibson does not believe in the reforms of the Second Vatican Council, and thus his beliefs are somewhat different from Roman Catholic doctrines. Even the movie’s visuals, which seem unconventional with its realistic cruelty far from being euphemistic, is based on a long tradition of European Christian art rather than on recent archaeological research.

For example, nails are placed in the middle of Jesus’ palms in the movie’s crucifixion scene, like in Renaissance paintings (figures 2, 3), whereas many scholars now believe the nails may have been inserted just above the wrists or at the thick end of the palms to use the bones in the wrists to suspend the body.

The crucifixion scene in The Passion of the Christ resembles the Isenheim altar piece (figure 2) by the Northern Renaissance artist Matthias Grunewald (?-1528) most closely among the many European masterpieces that depict the scene. This painting shows the crucified Jesus without any euphemism. His skin is blackish and covered with wounds. His hands and feet are so miserably twisted and crooked that even the viewer comes to feel sharp pain. The expression on his face shows complete exhaustion and extreme agony.

This work contrasts with an altarpiece (figure 3) by Raphael Sanzio (1483-1520), who is regarded as one of the trinity of Italian High Renaissance masters. In Raphael’s painting, whose style set an example for Classicists for centuries with its harmonious colors and graceful forms, Jesus is still clean and beautiful even though he is being crucified, the cruelest penalty of ancient times. Still his face maintains sublime composure. Also, the painting is well balanced in general, unlike Grunewald’s work, in which the sizes of personal figures are inconsistent and the laws of perspective are not strictly adhered to.

Still, Raphael’s painting fails to arouse the shocks and deep and earnest sorrow that Grunewald’s does. The German artist’s painting was originally intended for the church at the Isenheim lepers’ hospice. What strong sympathy the leprosy patients must have felt, seeing Jesus’ body on the verge of rotting away. And what joy they must have taken in seeing Jesus rise again, his body clean and brilliant like the sun, in the painting that is revealed when the cabinet is opened. Such a storm of emotions, which only a few religious paintings are capable of provoking, must be what Mel Gibson intended by riddling his movie with such cruel and violent images.

He even accomplished his goal in Korea, where nearly half of the population describes themselves as having no religion, with Christians representing about 28 percent and Buddhists 23 percent. When The Passion of the Christ was released here in 2004, not a few people who claimed that they were not Christian saw the film and left favorable reviews on the film’s page on the Naver Web portal. But, on the other hand, progressive Christian clergy and laypeople in Korea, like those in other countries, complained that the movie is extremely conservative in its interpretation of the New Testament.

For example, the movie describes Judas Iscariot as nothing but a mean and weak man who is made a plaything by the Devil, without reasonably explaining why he betrayed Jesus, regretted it later and committed suicide.

There are several new, modern interpretations of Judas’ betrayal based on historical evidence and speculation. One of them is that Judas could have been a Zealot, a sort of ancient version of a fundamentalist terrorist. Perhaps he expected Jesus to become Messiah in this world and expel the Roman Empire by force of arms from the holy land, but was disappointed when Jesus decided not to lead a rebellion, supporters of this view say. Gibson’s movie seems to have no interest in such modern interpretations.