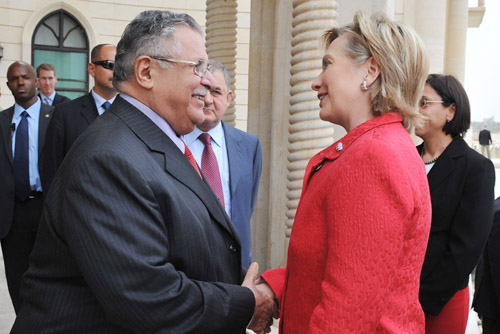 United States Secretary of State Hillary Rodham Clinton is greeted by Iraq’s President Jalal Talabani before their meeting in Baghdad, Saturday. During her visit, Clinton sought to assure Iraqis that the Obama administration would not abandon their country even as it presses ahead with plans to withdraw American troops amid a recent surge in violence. [AP]