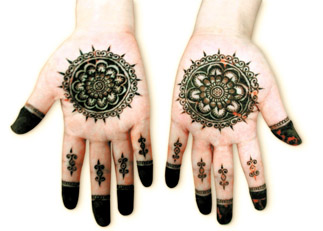 The second Arab Cultural Festival offers a chance to learn about the traditional and contemporary culture of 13 Arab countries, including Morocco, Oman, Saudi Arabia, Sudan, Tunisia and the United Arab Emirates, among others.

The four performances on the program bring the sounds and sights of Sudan, the UAE, Qatar and Morocco to Seoul.

Moroccan performers will team up with a Korean group named YeSanJok to play a mixture of diverse musical genres including Gnaoua (or Gnawa) music from Morocco, samulnori, percussion music from Korea, and jazz. Gnaoua music has roots in African and Sufi Muslim culture and uses the guembri, a three-string lute; qraqeb, large iron castanets; and gganga, a big drum. 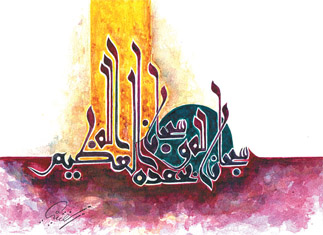 A total of seven award-winning films from Egypt, Lebanon, Iraq and Palestine will also be screened.

One of these is the Lebanese film “Caramel” (2007). The film, which topped the Lebanese box office for seven weeks, tells the story of five Lebanese women who regularly meet at a beauty salon to talk about men, love and sex, and to share the joys and sorrows of their lives. The film also won the FIPRESCI (International Film Critics) prize at the Stockholm International Film Festival.

Along with the feet-tapping performances and fresh films, the hands-on experiences are also well worth trying. 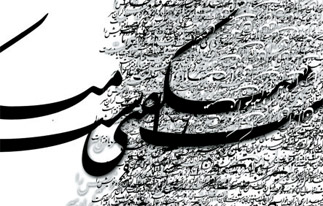 In one area, people can try on traditional Arabic clothing, while in another, calm their growling stomachs with steaming hot Arabic cuisine.

Those curious about henna, which was once used to adorn the female form, can check out an exhibition devoted to this decorative art. The beauty of Arabic calligraphy is the centerpiece of another exhibition.

The festival is also reserving a unique experience for one lucky couple who want to get married in a traditional Sudanese wedding ceremony. 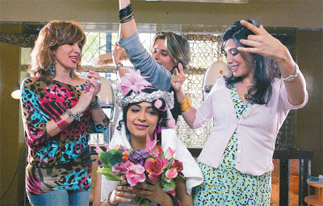 A scene from the Lebanese film “Caramel.” Provided by the organizer

Applications for this special event are being taken and interested parties should leave a message at the festival’s Web site explaining why they should be chosen.

The festival was organized by the Korea-Arab Society, which seeks to promote cultural exchange between Korean and Arab communities through a variety of events, and continues through May 20. 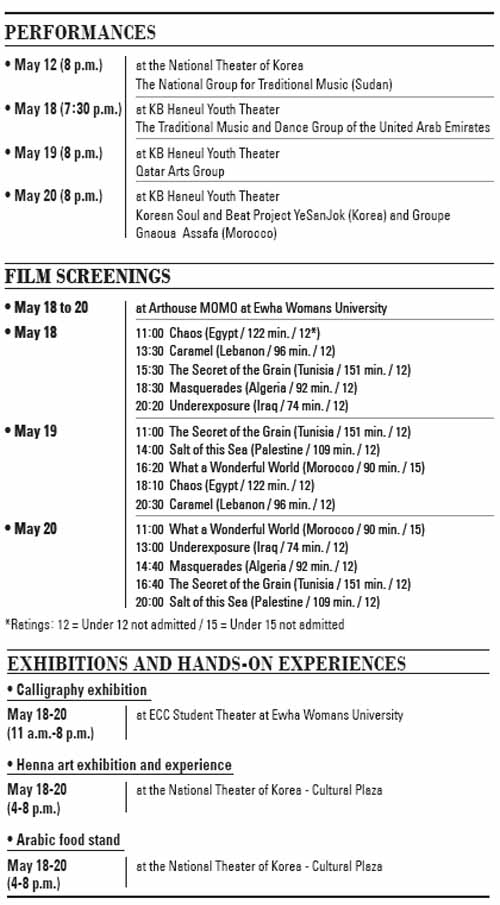