All that buildup and so little reward

All that buildup and so little reward 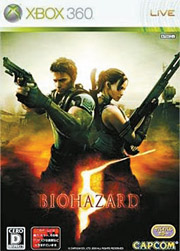 Whenever something is hyped, it’s only natural for expectations to rise, along with the chance of a big letdown.

I might be in the minority, but count me among the group that was disappointed by “Biohazard 5,” a.k.a. “Resident Evil 5.” The letdown didn’t come cheap either.

The title was a bit costlier than others; from what salespeople claim, the price tag reflects the confidence the Capcom folks have in their product.

It’s customary for students of certain college basketball programs to repeatedly chant, “overrated!” whenever a high-ranking visiting team fails to live up to its billing. I feel like gathering a group of disconcerted gamers who waited months for the release of this title so we can start chanting, “overrated!” and “overpriced!”

I must say, the game, which is set in Africa, does have some amazing graphics and an interesting plot. I’ve never been to Africa but from what I’ve seen of it in movies, the scenery looked familiar enough. Overall, it’s an interesting spin on the zombie slaughtering genre.

The downside is that the game lacks action. There’s far too much walking around and “investigating,” which involves going into buildings and dimly lit rooms to open up chests and grab energy boosting objects.

I just don’t see the point of having 10 to 15 zombies chase after you if you can’t spray them with powerful semi-automatic weapons. The game is supposed to have a slew of hand guns, submachine guns and rifles to choose from but I simply didn’t have enough patience in me to play the game long enough to get them.

The plot involves main characters Chris Redfield and Sheva Alomar. Redfield is in Africa to investigate a terrorist threat. The player must not only stay focused on what’s going on in the game but also take care of Alomar whenever she’s in danger and calls out for help.

Curious as to how other reviewers were ranking the game, I checked out various Web sites, and most major game reviewers were giving it scores between 8.5 to 9.5 out of 10.

I can’t guess what most gamers are thinking, nor can I investigate their reactions to this title, but I firmly believe that I’m not the only Biohazard 5 hater.

The verdict: This game’s like a bad blind date. You hear all these great things about a person you’ve never seen before yet anticipate the meeting because of the unnecessary build up that goes on before the date. The setup is destined for a disappointing finish since your expectations have been pushed sky-high and all you can think of is the ridiculous bill for the overpriced dinner on the table.

Biohazard is like that disappointing blind date. Overrated, overpriced and several hours of your valuable time off work wasted forever.