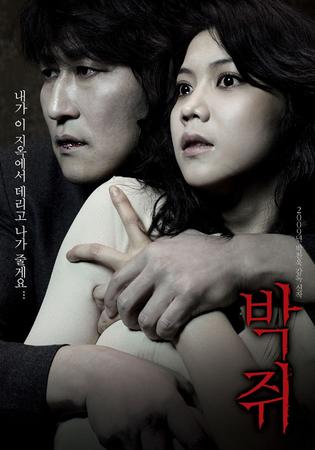 Ten Korean films will screen at this year’s Cannes Film Festival, which kicked off Wednesday.

But it is Park Chan-wook’s “Thirst” that’s getting the lion’s share of the attention. The thriller, which opened in theaters here on April 30, is one of 20 feature films in competition at the festival.

Park, who received the Grand Prix award for “Old Boy” at Cannes five years ago, will compete this year for the highest prize, the Palme d’Or, against renowned directors such as Quentin Tarantino and Ang Lee.

Korean films debuting at the festival include Bong Joon-ho’s “Mother,” Jo Sung-hee’s “Don’t Step Out of the House” and Yim Kyung-dong’s “The Horn.” Roh Gyeong-tae’s “Land of Scarecrows” and Hong Sang-soo’s “Like You Know It All” are currently in Korean theaters and will also feature at Cannes. By Lee Hae-joo