100 years of Korean manhwa on display

100 years of Korean manhwa on display 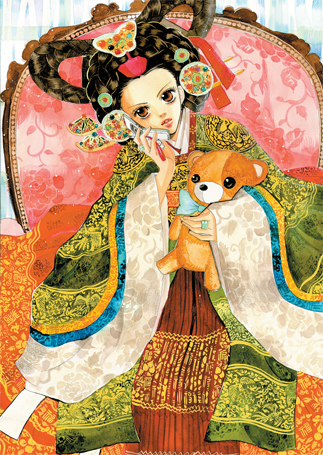 “Palace Story” by Park So-hee Provided by the organizer

To commemorate the tumultuous history of Korean manhwa, or comic books, and its centennial next month, the National Museum of Contemporary Art is set to host an exhibition entitled “100 Years of Korean Comics.”

Manhwa was once regarded as an evil distraction from study, and in the 1970s, copies of the comic books were burned in schools nationwide.

But that didn’t stop manhwa from gaining a growing fan base here, or abroad. Korean manhwa has also been exported overseas to countries including Algeria, France, Japan, Germany, Thailand and China, among others. 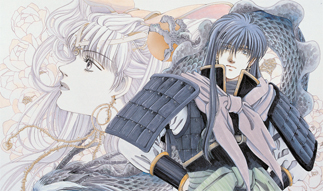 “The Country of Wind” by Kim Jin

According to the museum, this is the biggest exhibition on the 100-year-long history of Korean manhwa, with 1,500 pieces from 250 artists. The exhibit includes rare copies of comic books published in the 1930s and 1940s and 60 pieces of manhwa-inspired artworks by contemporary artists.

The artworks owe much of their humor and wit to the comics. Seong Tae-jin’s “Hunting Scene” features Taekwon V, a Korean robot, in a parody of “Suryeopdo,” a sketch of a hunting scene made during the Goguryeo Kingdom (37 B.C.E. - 668). 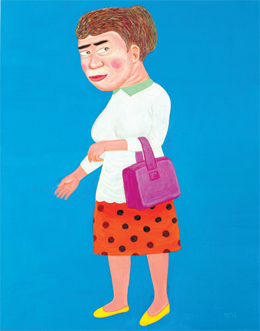 But today’s manhwa is about more than just the art. “The manhwa of today involves more than just a single publication. It also inspires diverse art forms and cultural content,” said Lee Seung-mi, the head of the museum’s education and culture department.

Over the years, Korean manhwa has provided the inspiration for countless TV dramas and films made here and abroad.

The film rights for Hyung Min-woo’s “Priest” have been sold to a Hollywood production company. The film is slated for release in 2010.

In the exhibition, the history of manhwa is presented in three sections. The first showcases the history of Korean manhwa, beginning with the first satirical cartoon, which was published on June 2, 1909, in the Daehan Minbo, one of Korea’s first newspapers. This section also displays cartoons that have been uploaded to the Internet by cartoon artists in a growing trend the industry believes is the future of the genre.

The second section divides manhwa into genres and the third shows how manhwa has been combined with various art forms.