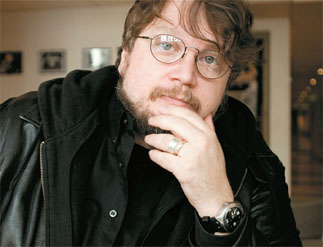 British poet Lord Byron (1788-1824) once made a bet with his peers over who could write the scariest story.

That wager led to two masterpieces - “The Vampire” by John Polidori and “Frankenstein” by Mary Shelley - which became the main 19th-century Gothic fiction works out of Britain.

In today’s world, Mexican filmmaker Guillermo del Toro is behind the 21st-century versions of Gothic stories, albeit for the big screen. Del Toro, 45, has produced dark Hollywood hits such as “Pan’s Labyrinth” (2006) and “Blade 2” (2002).

Now, though, he’s trying his hand at what you could call Gothic fiction, teaming up with rising American author Chuck Hogan in a new book titled “The Strain.” 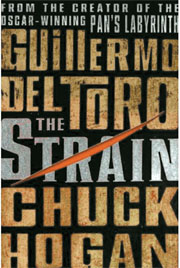 The fantasy thriller, which is the first installment of a trilogy, centers on vampires lurking in New York City. In order to make the story compelling, del Toro and Hogan wisely weave diverse elements such as psychology, history and crime into the book.

“Vampires are a very iconic subject that can be interpreted differently,” said del Toro, who decided to team up with Hogan three years ago. “I’ve been researching vampire lore ever since I worked on my first film ‘Cronos’ [in 1993].”

The Strain opens with a scene where passengers are locked in John F. Kennedy Airport in New York, which conjures up images of the Sept. 11, 2001 terrorist attacks. Del Toro said that’s intentional.

“Even though this is a vampire story, I wanted to give readers a sense of reality,” del Toro said. “I felt tall buildings looked like Gothic castles when I first visited New York back when I was young. And I imagined there might be monsters living in subway stations.”

At the same time, he said the 9/11 attacks represent “a modern tragedy for all of us, so I will use the incident in the second and third installments of this trilogy.”

Del Toro made a name for himself at the 1993 Cannes Film Festival with Cronos. His upcoming project is the Lord of the Rings prequel “The Hobbit,” to be released in 2011.

Surprisingly, despite his grotesque vampire story and dark subject matter, del Toro confessed that he can’t write without eating sweets. “I would attack cakes and cookies first if I became a vampire,” Toro said.

The Korean version of The Strain, by Munhakdongne Publishing Corp., hit bookstores on June 11.