Save summer time in Seoul

Save summer time in Seoul 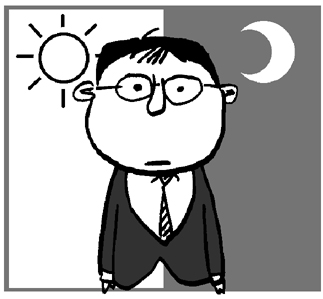 When President Chun Doo Hwan announced that Korea would begin observing daylight saving time, Seoul’s hosting of the 1988 Summer Olympic Games was given as the primary reason.

Korean broadcasters wanted to adjust the broadcast times of popular sports competitions to suit American TV audiences. They hoped the new time slots would help boost the price of lucrative screening rights to NBC, the main United States broadcaster for the Games.

But just a year after the Olympics in 1989, the government abruptly scrapped daylight saving time without any particular explanation, as many had expected. But there was more to the decision to put clocks forward an hour than many people realized.

In the summer of 1987, with daylight stretching until 8 o’clock, the longer days added fuel to public demonstrations for direct election of the president. More daylight hours meant office workers could join in after work.

The active participation of the so-called “necktie tribe” was credited as one of the factors that led to the country’s biggest triumph in democracy - the Constitutional change to allow Koreans to directly vote for their president - a policy that the government announced on June 29 of that year.

British builder and avid outdoorsman William Willett published a proposal in 1907 to call upon the country to make better use of longer daylight during summer months.

This morning in Seoul, the sun rose at 5:14 a.m. Most people were still in bed. With an extra hour of daylight, people would inevitably have to get out of bed earlier, allowing them to use their time more wisely. Daylight saving time can transform even the laziest person into an early bird.

Some 86 countries observe daylight saving time and only three - Korea, Japan and Iceland - among Organization of Economic Cooperation and Development members do not.

The changing of the clocks was one of the sideline topics between President Lee Myung-bak and Japanese Prime Minister Taro Aso in Tokyo during their summit on Sunday. Aso suggested the neighbors act together in considering adoption of the system.

Knowing the working environment in the two countries, however, it could be argued that daylight saving time will only lengthen the work hours of laborers.

But making the most of precious sunlight hours must be desirable for the two nations considering that energy-saving has become a top policy priority.