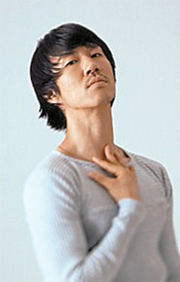 In the 2000 movie “Billy Elliot,” the 11-year-old title character remarks, “I don’t want a childhood. I want to be a ballet dancer.”

Kim Yong-geol can probably relate to that, though he didn’t pick up ballet until the age of 16.

The Korean dancer received recognition when he took home the bronze medal at the Moscow International Ballet Competition, becoming the first Korean to receive an award at such a prestigious event.

“It was a challenging time for me,” Kim said. “You never knew when you would be called to go on stage, so I would always have to be prepared for anything that might come up. But it was a one-and-only chance to be a dancer at the dance company, and I was happy just to be dancing and doing something I loved.”

Now, however, his career on stage is coming to a close.

The 36-year-old is retiring from his role as a professional dancer to teach ballet starting in September at the Korea National University of Arts.

Kim said sharing his experiences and teaching ballet to younger generations in Korea is something he’s always had in mind. But you’ll have another chance to see him, as he has returned to Korea to give his last performances.

“I wanted to come back to Korea while I was still able to perform with other dancers on stage,” Kim said. “I think this is the perfect time for me [to return home].”

Next week, Kim will headline “Kim Yong-geol and Friends” at the LG Arts Center, Yeoksam-dong, southern Seoul. Aside from Kim, the performance will feature many of his friends and other top ballerinas and danseurs from around the globe including Aurelia Bellet - also a member of the Paris Opera Ballet - and Andrei Bolotin and Bae Joo-yoon from the Bolshoi Ballet in Moscow. He and his troupe will present “Giselle: Act 2, Adagio,” “In the Middle, Somewhat Elevated” and “Arepo.”

“These three pieces are my personal favorites,” said Kim. “They are also the most famous works that represent Paris Opera Ballet.”