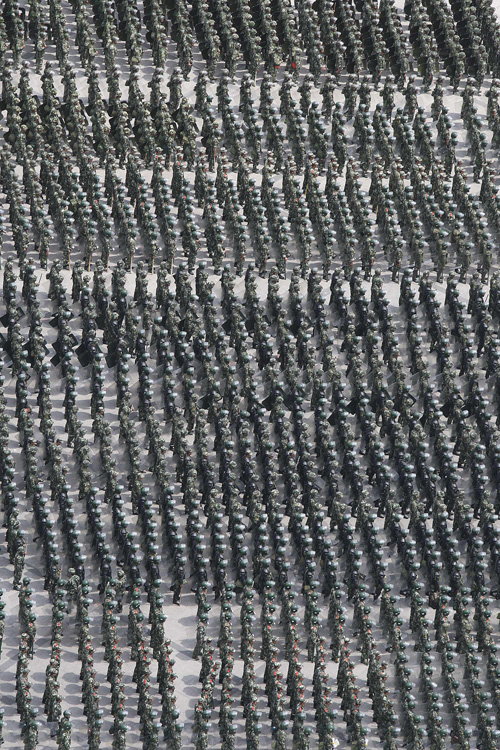 Chinese security forces gather at a square in Urumqi, in western China’s Xinjiang Province, yesterday. Ethnic tensions soared in Xinjiang, and the government flooded the area with security forces in a bid to quell emotions in the wake of a massive riot that left at least 156 dead. [AP]