No slump in the vanity game

No slump in the vanity game 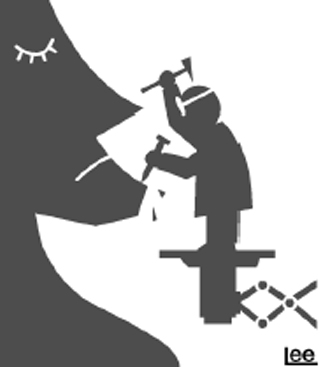 Economic hardship has only added wealth to the rich, while subtracting from the poor.

The trend is worldwide. The International Labor Organization has warned that the latest economic slowdown has exacerbated the world’s wealth inequality, which has been widening since 1990. It is economic nature that the sweet juices of growth usually flow northward to the top of the money food chain, while the bitter morsels of depression are left for the bottom to swallow.

Inequality in wealth can send ripples to surprisingly unexpected shores. One of the conspicuous areas is found in appearance. Today, how one looks represents a person’s wealth, as money, rather than hereditary qualities, can define one’s appearance thanks to surgical advancements.

The fortunate fritter away hundreds and thousands of dollars on whatever money can buy to look youthful and attractive. They poke syringes in every part of their face and body, and it is no wonder some of the well-off in their 50’s look younger than the 30-somethings. Living among them are a less-fortunate majority who are unable to make routine visits to surgical clinics and destined to live with life’s wisdom lines and unwarranted bulges.

Faith Popcorn, in her 2001 book “Dictionary of the Future,” coined the term “cosmetic underclass.” Self-consciousness about one’s appearance can exacerbate distress and turn to self-hate when one is aware that she or he cannot afford to look better.

With ever-evolving and improving technology, the plastic surgery industry knows no slump, with the $30 billion market expanding every year. Plastic surgery cases totaled 11.7 million in the United States alone last year, almost tripling in 10 years. Korea doesn’t lag too far behind. One out of every three Korean women is said to have undergone plastic surgery more than once. They make a visit to the doctor for minor enhancement and improvement before a job interview and again before marriage.

A popular destination during the summer break is the plastic surgery clinic. Parents who have supported their children through college are often obliged to pay for the after-service cosmetic treatment to help them find a formidable job or marriage partner.

It is a vain and hopeless battle, but nevertheless unavoidable in a society where looks often yield more power. But at the end, few can win in a society defined by appearances and financial capability.