Welcome all rivers to the sporting sea

Welcome all rivers to the sporting sea 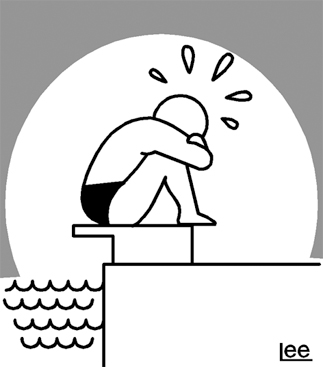 Around 2,300 years ago, China was gripped by civil war as seven states fought for supremacy, but skilled and talented people freely crossed borders and claimed important positions. These foreign experts were called “guest nobles.”

But noblemen from Qin, the strongest of the warring states, started to say guest nobles should be cast out because they were detracting from Qin’s strength for the benefit of their home countries. Qin Prime Minister Li Si opposed this opinion with the famous quip, “The sea accepts all rivers.”

The current trend in Korean sports is to expand employment of foreign players. Foreigners have already been successfully recruited to lead the national soccer team. Four foreign coaches work in the Korean league, too. Even in baseball, most fans believe Jeron Kennis Royster turned around Lotte, which always came last, in 2008.

But Korean sports wasn’t always so open to strange new rivers. German coach Dietmar Cramer, who led the Japanese soccer team to win the bronze medal at the Olympics, was hired to coach the Korean team for the 1992 Barcelona Olympics. The team made it to the final selection, but Cramer quit after conflicts erupted with Korean management. When coach Anatoliy Byshovets failed to get the team through the preliminaries in Atlanta in 1996, he announced his resignation at the Games and never returned to Korea.

Even in 2002, when the entire Republic of Korea was in the midst of World Cup fever and Guus Hiddink was a national hero, the contract for coach Abraham Braam, who led the under-14 youth national team to the top of the East Asian region, failed to be renewed over protests from fans and players alike.

People place the blame for the disappointing progress of Park Tae-hwan on his feuding coaches, and Park himself stated frankly, “I would like to be taught by an international expert.” And today there is a higher chance a foreign coach will be employed to train him. Foreign coaches who prove themselves have an advantage over Korean coaches in that they are free from connections to factions and schools, which always hold back locals.

That the employment of foreigners has led to greater efforts by Korean coaches is another plus.

It’s a critical time in the career of Park Tae-hwan that will determine whether Korean swimming can continue to develop.

I hope we will have the wisdom not just to be happy when our black hen lays white eggs, but to make sure the hen’s environment is protected and maintained so that it can continue to do so.