The road less travelled, by cars

The road less travelled, by cars 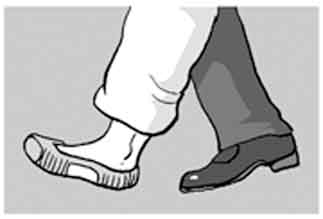 Before the 20th century, there existed few roadways in Korea. A French priest wrote in his book the “History of Catholicism in Joseon” (1874) that the best road accommodated just four people walking side by side. He added that most roads were only 30 centimeters (11.8 inches) wide and that they often suddenly dead-ended.

Our ancestors believed that the fewer the roads, the safer people were. When enemies invaded easily into the capital by crossing the high hills of Daegwallyeong, people blamed those who broadened the roads on the hills. They were so angry at these builders that they vandalized their family graves.

Roads started to appear across the country under the Japanese colonial rule. The Japanese forcibly mobilized men for roadwork projects. Walking on the finished roads, the Joseon people unenthusiastically commented that it was nice walking side by side. People gradually discovered the convenience of wider roads with the increased use of carriages.

According to the Ministry of Land, Transportation and Maritime Affairs, the length of roadways across the nation now reaches up to 104,236 kilometers (64,769 miles). In a straight line, that distance would be equivalent to circling the globe more than twice. Half of the roadways were built after 1980, in line with the cascade of vehicles. Old streets were all improved and enlarged. Streams were covered and mountains were drilled through to make way for tunnels and highways to improve vehicle traffic.

Along the way, people started to realize that all these roads were invading more and more not only on our living and walking spaces, but on natural habitats as well. No matter how many lanes were added, the traffic remained terrible, and the moves aggravated foot travel.

European cities came to realize this more quickly than we did. Their roadways were restricted by buildings that were developed in the Middle Ages, and in the 1970s, they started putting restrictions on their roads. Lanes were narrowed and rationed to make room for cyclists and pedestrians. In 1996, biker and pedestrian advocate Dan Burden embarked on a nationwide campaign in the United States to reduce road lanes and create more “walkable communities.”

The renovated Gwanghwamun Plaza in downtown Seoul opened to the public over the weekend. The 16-lane Sejongno, the 600-meter road that cuts through the heart of the city, was downsized to 10 lanes to make room for a stream and walkway.

The landmark joins other downtown environmentally friendly renovation projects such as the Cheonggye Stream and Seoul Plaza. The capital, at the same time, is reducing roadway lanes and adding more bike lanes. Drivers may not be happy about the changes. But it’s about time pedestrians enjoy their rights on roadways and breathe cleaner air. Encouraging bike riding is not a bad idea for our society. Then it won’t be just our roads that went on a diet.


The writer is a deputy economic news edior of the JoongAng Ilbo.