[TALK OF THE TOWN] ‘High Kick’ gets a second season

[TALK OF THE TOWN] ‘High Kick’ gets a second season 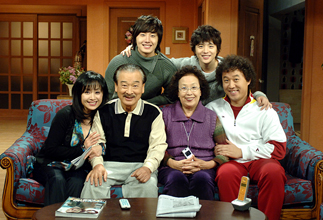 MBC’s family sitcom “High Kick” is back for a second season starting next month. The program will be shown under the same title as the hit show that was popular from 2006 to 2007, but the second season will be entirely different from the first, the producers say.

High Kick 2 will revolve around the lives of a food company CEO (Lee Soon-jae) and his family. Daniel Choi, Oh Hyun-kyung and Jung Bo-suk will play Lee’s family members. Kim Ja-ok will appear as a high school dean who falls for the grumpy 72-year-old Lee. Actress Nah Mun-hee, who had played Lee’s wife in season one, will not be returning to the show for the second season, the producers said.