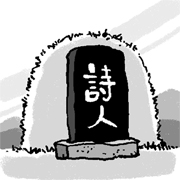 Life is a succession of enigmas. One encounters countless situations where there seems to be no way out. When faced with such problems, Iranians are said to visit the tomb of Hafez, the most celebrated Persian lyric poet. After walking around the tomb several times, if you open a book of Hafez’s poetry, the answer to your problem is said to be shown on the first line on the right-hand page.

I wonder whether economists are people who should summon such supernatural powers of problem-solving nowadays. On the future course of the economy, economists differ greatly in their predictions.

Optimists suggest that the economy has already hit the bottom, but pessimists warn of the advent of a double-dip recession. As most of them failed to predict the arrival of the current financial crisis, they must be eager to predict when the crisis will be over, but it is not an easy job.

American economist John Kenneth Galbraith understood the similarities between the mystical predictions of poets and the so-called scientific predictions of economists well. He said, “The only function of economic forecasting is to make astrology look respectable.”

It must have been frustrating for economists to make wrong predictions even after using various economic indexes. Veteran economists try to go beyond the traditional indexes and seek their answers from completely unrelated fields.

Lawrence Summers, director of the White House’s National Economic Council, recently said the free fall of the American economy has stopped. As proof, he pointed to the number of people searching for the phrase “economic recession” on Google, which in the beginning of the year had soared to four times more than usual but has now dropped conspicuously. He explained this as a sign of the market’s recovery of confidence.

Alan Greenspan, while serving as the chairman of the Federal Reserve, is said to have examined the amount of garbage, number of customers at dry cleaners and the sales of men’s underwear. He did so because households produce more garbage and send more clothes to the dry cleaners when the economy is strong. On the contrary, if sales of men’s underwear - which usually do not fluctuate much - dwindle, it means the economy has abruptly turned bad.

The most trustworthy yardstick, however, was his own body. At board meetings, he used to persuade his colleagues by saying he was starting to feel pain in his stomach. Earning his living from making economic predictions for over 50 years, he is said to have felt the signs of crises from his stomachaches.

I wonder whether Korea’s economic experts, who are currently deciding when to end the government’s expansionary policies, have secret yardsticks of their own. If not, how about visiting the tomb of a poet?