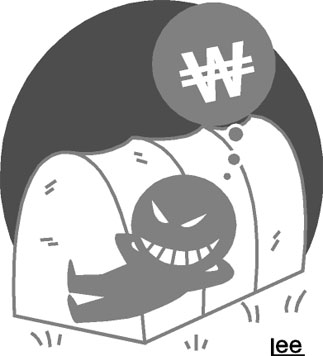 Almeria, in southern Spain, was virtually unknown to the world outside modern Spain until Italian film directors began shooting the so-called spaghetti westerns there during the 1960s.

But it’s now better known for its greenhouses. These huge artificial structures are identifiable from outer space, apparently, and, located in the western part of the city, they’re about half the size of Seoul.

In the eyes of scientists, they act like a huge mirror on the surface of the earth and provide a useful place to measure the effects of solar radiation.

The barren land in Almeria has been turned into a rich agricultural area that produces millions of tons of vegetables and fruits for export to the rest of Europe. But the Global Environment Outlook, published by the United Nations Environment Program, picked Almeria as one of the places where environmental changes have taken place most rapidly. As evidence, it presented comparisons between satellite photos taken in 1974 and 2004. There are also allegations that underground water supplies and the soil have been contaminated. And the disposal of agricultural garbage, which amounts to a million tons a year, is a headache.

But, interestingly, a research team from the University of Almeria has found a positive effect of the “sea of plastic,” so-called because of the amount of man-made material used to make the greenhouses: The temperature there has apparently dropped 0.9 degree Celsius in the past 30 years, while other provinces of Spain rose 1 degree Celsius. The team claims that the hothouses reflect as much sunlight as glaciers, which have the highest reflective capability, and reduce radiant heat. They believe the greenhouses can actually help reduce global warming.

In Korea, plastic hothouses were a symbol of hope for low-income families. In the 1960s, the late President Park Chung Hee suggested these greenhouses could help poor farmers. The green vegetables that grew in these places during cold winters changed Korean people’s dietary habits and people who could not afford decent homes, or who lost theirs due to disasters, could find temporary shelter inside.

Some people even used them as makeshift buildings inside greenbelt areas where construction was prohibited.

These are just some of the more diverse uses of plastic hothouses, though the ones in Seoul are unlikely to be spotted from outer space just yet.