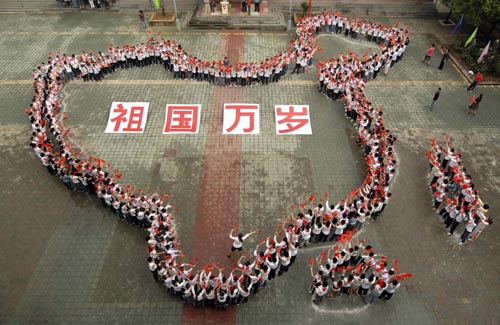 Pupils stand to form the shape of the territory claimed by the People’s Republic of China to celebrate the upcoming 60th anniversary of its founding at a primary school in Jinhua, Zhejiang Province, yesterday. China will celebrate on Oct. 1 the 60th anniversary of the founding of the People’s Republic of China. The Chinese characters read, “Long live the motherland”. [REUTERS]