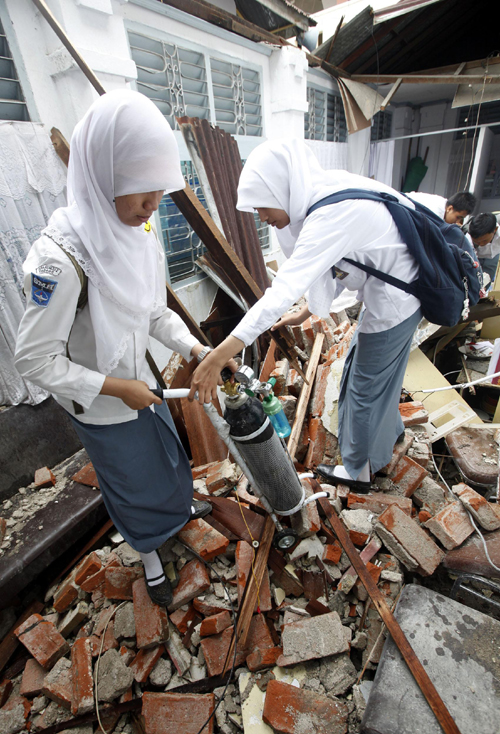 Indonesian students collect debris at their school after it reopened for classes following an earthquake, in Padang, West Sumatra, yesterday. Rescuers and aid workers were fanning out on Monday into the hills of Indonesia’s Sumatra island, where hundreds of people were buried in landslides triggered by an earthquake that may have killed 3,000. In the shattered city of Padang, which bore the brunt of last Wednesday’s 7.6 magnitude quake, unidentified victims pulled from the rubble were due to be laid to rest. [REUTERS