Balladeer celebrates his 20th year in the biz

Balladeer celebrates his 20th year in the biz 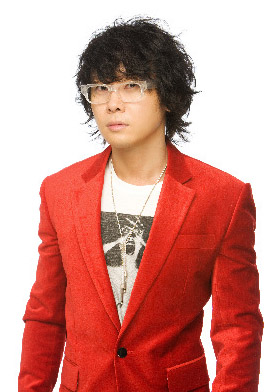 Koreans who were in their teens about 20 years ago are sure to recognize the familiar strains of songs like “My Empty Heart” and “As Much As Love Around the World” by the singer Lee Seung-hwan. For the past 20 years, Lee has maintained a solid fan base with regular live performances and the ballads that have made him popular.

Lee recently marked the 20th anniversary of his debut with a new album that was released last week.

Since Lee’s debut two decades ago, many things have changed. Lee’s fans, the majority of whom were teenage girls at the time, are now middle-aged women. Lee’s nickname, the “Little Prince,” which was given to him largely because of his baby face, sounds a bit awkward now that he is 44 years old.

What hasn’t changed is the adoration of his fans. Lee released his first album, “B.C 603,” on Oct. 15, 1989. Fans celebrated the 20th anniversary of the album’s release on that day this year with a number of events. They even ran advertisements on electronic billboards in Seoul, including in Gwanghwamun and Cheongdam-dong. The signs read: “Thank you, Seung-hwan, for being there and creating a special world for us for the past 20 years.” They were signed in the name of the “old fans who still love Lee Seung-hwan.”

“I don’t have anything special or specific planned for the 20-year anniversary. I’m thinking that I will just stick to what I have always done - have another concert,” Lee said in an interview conducted earlier this year.

However, his friends and the people around him have urged him to do something special to commemorate his 20th anniversary, and that’s how the idea for the new album, titled “Hwantastic Friends” came about. It features hits from his previous albums, including “My Empty Heart,” “Dunk Shot,” “Lovesickness” and “Crimson Camel,” as well as some new numbers like “My Fair Lady” and “Good Day 2.”

As the title indicates, Lee made the album with his fellow musicians, including You Hee-yeol, Yoon Gun and Yoon Do-hyun.

The rapper Outsider and Horan, a female vocalist with the group Clazziquai, participated in a remake of Lee’s song “Lovesickness,” while Jo Kwon, a member of the popular boy band 2AM, joined in for a remake of the song “Dunk Shot.”

Lee did not participate in remaking the two songs, and he says he made a deliberate decision not to participate so that his fellow musicians would feel free to perform as they pleased.

“I just left it up to them and the new versions of songs have turned out to be great,” he said. “I actually think they’re even better than my original songs.”

Lee said that when he made his debut as a singer 20 years ago he thought he would leave the music industry after no more than 10 years.

“But after the 10 years passed, I felt I still had more to accomplish and I decided to continue doing this until I was satisfied,” said Lee.

Of course, Lee has had his share of hard times. His fans gave him the cold shoulder when he went from teenage heartthrob to rock ’n’ roll star. He has also seen some ups and downs in his personal life, including a divorce and a failed business venture. However, looking back on those days, he said that he feels lucky that, most of the time, he is free to concentrate on what he loves the most - music.

“I owe everything to my loyal and supportive fans, who always stand by me even through all the difficult times,” Lee said.

Lee is now busy preparing for his 20th anniversary concert, which is scheduled for Dec. 24-26 at the Olympic Fencing Gymnasium. It will likely be received as the perfect present by his ever-adoring fans.