Boy band 2PM is about to make a comeback minus their former leader, Jaebeom.

Boy band 2PM is about to make a comeback minus their former leader, Jaebeom. 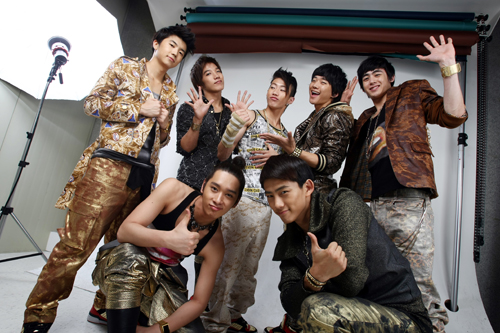 
After a controversy over negative remarks he made about Korea on his blog a few years ago, Jaebeom withdrew from the group and is currently living in the United States.

“Heartbeat,” the first single from the group’s new album was released on the Web on Tuesday, and it immediately climbed the charts.

The group’s first appearance sans Jaebeom will be on the KBS music program “Music Bank,” scheduled to air tomorrow. The new album, “1:59PM,” will go on sale tomorrow as well.

The lead singer may not be away for long. Park Jin-young, the head of 2PM’s management company, JYP Entertainment, hinted at Jaebeom’s possible return to the group during the taping of a popular MBC talk show hosted by entertainer Kang Ho-dong that aired yesterday.