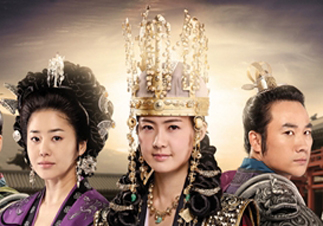 The hit drama “Queen Seondeok” has seen its audience numbers dive after Mishil, the character played by Ko Hyeon-jeong, meets her end.

The eponymous ruler was the first queen to rule Korea, in the Silla Dynasty, and Mishil is a semi-fictional character, a rival to Seondeok. The highest recorded rating for the show according to AGB Nielsen Media Research was 44.9 percent on Oct. 9, with three previous shows recording over 40 percent.

However, a recent survey from Monday had the audience rating at 34.8 percent while on Nov. 17, 38.1 percent. The episode on Nov. 10 in which Mishil died enjoyed a 44.4 percent audience share.

Some speculate that the declining fortunes of the show, other than the absence of Mishil, is that dramas that overextend themselves run the risk of overstaying their welcome.

The producers of Seondeok had originally planned for 50 episodes but the popularity of the historical drama convinced them to aim for 62 instead.

The drama began airing on May 25 and is scheduled to end on Dec. 22.