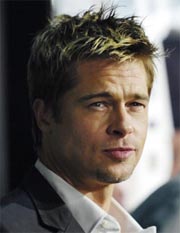 Brad Pitt will be joining the crew of the new vampire action movie “Vlad” not as an actor, but as a producer. The Hollywood heartthrob will be working with Dede Gardner, and their company Plan B Entertainment, in conjunction with Summit Entertainment, the company behind the “Twilight” series, to make the film.

“Vlad,” the man historically known as Vlad the Impaler, who inspired Bram Stoker’s book “Dracula,” will be portrayed as a young prince.

This isn’t Pitt’s first encounter with vampire films. He played the leading role in the 1994 film “Interview with the Vampire.”

Anthony Mandler, photographer and music video director for top pop singers like Rihanna, The Killers and Eminem, will be the director for this project. No further details on casting have been announced.