Feud over past love deepens

Feud over past love deepens 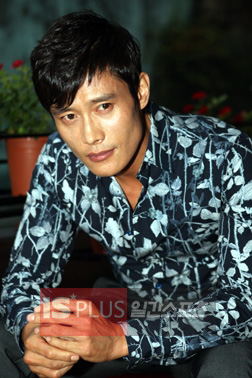 The bitter feud between Korean screen star Lee Byung-hun and his former girlfriend Kwon Mi-yeon is getting sour as they are taking their fights online.

In response to the recent release of photographs that show the 39-year-old Lee and the 22-year-old Korean-Canadian gymnast as a couple, the actor posted a handwritten letter on his Web site stating that recent claims made by Kwon about alleged illegal gambling activities as well as their relationship were distortions of the truth.

Lee went against the wishes of both his lawyers and the entertainment company that represents him and stated that Kwon was once a person he was close with, and that he was heartbroken by the accusations made against him.

He insisted that he would take legal actions that would reveal the truth.

The two first met in Toronto in 2008 through a mutual friend and Kwon moved to Seoul after Lee and another sponsor decided to financially help her continue her studies and training at a Korean university.

She took legal action after she felt that he had abandoned her once she moved to Korea for him.

After his co-star Jung Jun-ho on the television series “Iris” commented on television and insisted that the situation Lee was in was unfair, Kwon released several photographs of them together including one at a ski resort in Gangwon and another at Lee’s apartment.

According to Kwon’s spokesperson, she is prepared if necessary to reveal about 100 more photos some incriminating taken with the actor.