Holding to the seat of power

Holding to the seat of power 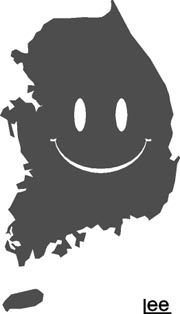 In the winter of 1930, when Korea was under Japanese rule, the mood in Gongju was almost ready to boil over. Tensions were due to a rumor that the provincial government of South Chungcheong was going to be moved from Gongju to Daejeon.

The residents of Gongju raised funds to stage a campaign against the moving of the provincial office, and in January the following year, they staged a rally in front of the official residence of the provincial governor.

Behind the campaign against Gongju was Kim Gap-sun (1872-1960), the richest man in the South Chungcheong city. He bought up land around the market in Daejeon and led a campaign to raise land prices. Kim started out running errands at the local government offices and later accumulated his wealth working as a minor official.

When Japan’s colonial administration hesitated to implement the plan for the move, Kim worked hard to persuade the people of Daejeon to rally in support of the relocation.

After many twists and turns, Japan’s Imperial Diet decided in March 1931 to move the provincial office to Daejeon. The decision hurt the pride of the people of Gongju, the ancient capital of the Baekje Kingdom and the home of the provincial government during the Joseon Dynasty. Gongju residents staged candlelight rallies and threw stones at local offices.

The police arrested dozens of protesters and some say that the residents were so angry that their tears drenched the ancient capital’s streets.

But some citizens who worked for Gongju studied the situation and found it not to be in their favor. They visited the provincial office and apologized to the officials by saying that “the disturbances were due to residents’ love of their native place.”

In 1932, the provincial office was moved to Daejeon. The site for the new provincial office was donated by Kim Gap-sun. In compensation for the move, the colonial government built Gumgang Bridge and set up Gongju Public Agricultural School and Gongju Teachers’ School for Women for that city’s residents. Although government measures could not prevent the fall of Gongju, they were seen as a decent compensation at that time.

On the occasion of Prime Minister Chung Un-chan’s visit to the Chungcheong provinces last weekend, the debate over the proposal to revise the Sejong City plan heated up once more. Today’s plan and the one from 79 years ago are quite different, though. The first one was mainly a local issue: Gongju residents wanted to keep the provincial office in their native town. But what today’s Gongju and Yeongi residents want is to bring the administrative function of the nation’s capital to their cities.

I wonder whether there is a solution that can make all of us, the ill-fated Gongju, Sejong City and the Republic of Korea, smile together.