The night before the main event

The night before the main event 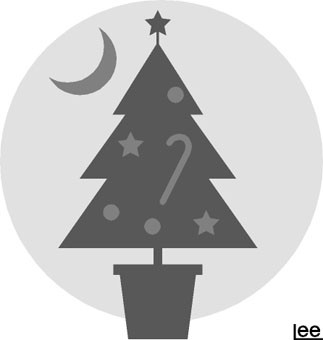 The evening before a big event is often filled with anticipation.

For instance, if you are going on a picnic the next day, you might look out at the already dark sky, worrying how the weather will turn out the next morning.

Many of us have found that on the night before a big event we are unable to get to sleep because of a mixture of excitement and anxiety.

People in Western countries often hold a big party on the evening before a big event. If the event is a really important occasion, the celebrations on the night before might even be more colorful and grand than the main event.

The word “eve,” a contraction of evening in English, is used to mean a party or festival held before a grand event. Hence we have New Year’s Eve, Midsummer’s Eve and, of course, Christmas Eve.

These celebrations are often characterized by magnificent fireworks displays and grand performances with celebrities pitching in.

But people in the East normally wait for the “coming day” with piety, referring to the evening before the main event as the “pre-evening.” In the same vein, we also refer to the “evening of offerings.”

Ahead of holding sacrificial rituals to gods and ancestors, people would inspect the condition of the cattle, pigs and sheep to be sacrificed on the evening before.

They would put the sacrifices on a platform and carefully check the animals’ health.

The way Asian people think is as follows: “After checking carefully the condition of the sacrifices on the evening before the day of a sacrificial ritual, we proceed at around dawn to the altar in a procession, holding the vessels for the sacrifices with both hands.”

This comes from a poem handed down by the Chinese.

There is also the phrase, “the night before the arrival of a typhoon,” which means the ominous atmosphere right before a raging wind.

But the words eve and pre-evening also carry the idea that people reflect on themselves and check the preparations so that they can perform their rituals well the next day.

Thursday was Christmas Eve, a day that demands Christians to be at their most solemn and pious.

On this day Christians meditate on the meaning of the birth of Jesus Christ, whose message, according to Christians, is the spirit of love, devotion and unlimited altruism.

Although Christmas Eve comes once every year, the spirit of the day is not easily realized these days.

But in my view I think it is time for us to reflect on the past year and take care of situations that involve loved ones close to our hearts rather than focusing our attention on holding grand celebratory events.