Cardinal Kim was an avid music listener and had a special fondness for Korean folk music. He often talked about the importance of preserving traditional music around the world.

Cardinal Kim was a senior cardinal in the Roman Catholic Church and the former archbishop of Korea. Having been an iconic figure in South Korea’s bloody and tumultuous transition from military rule to democracy, he was widely respected across all sectors of Korean society.

Tomorrow: “11 a.m. Concert.” For this concert, cellist Song Yeong-hun will perform and then analyze romantic melodies by Schubert and Mendelssohn.

She will be joined by baritone Park Heung-woo and Shin Soo-jeung and Ha Seung-ri on the piano. Accompaniment will be provided by the Korean Symphony Orchestra, led by conductor Seong Gi-Sun.

The program will include Schubert’s “Die Winterreise” and Symphony No. 8 in B minor, as well as Mendelssohn’s “Overture to Fingal’s Cave,” Violin Concerto in E minor and Symphony No. 3 in A minor, which is also known as the Scottish symphony. 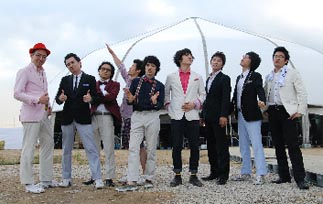 The group has been around since 2004 and their first full-length album was “Skafiction.” Since then, they’ve released a string of singles and songs on various compilation albums.

Other performers in the line-up include Number One Korean, Tobacco Juice, Leska, Soul Steady Rockers and Copy Machine.

Saturday: “Round Robin.” Support local Korean bands and musicians as five bands - Bridget and the Puppycats, Yamagata Tweakster, Quarkpop, Ankle Attack and Murmurs Loom - come together for a night of nonstop music in genres ranging from pop to folk to rock.

The bands will arranged in a circle around the room with the concertgoers in the middle and each band will play one song at a time, back-to-back, without any breaks until the show is over.

The night continues with a D.J. set by D.J. Sssighborggg.

The space is limited to 250 people.

Feb. 6: “The Killers.” The American alternative rock band The Killers will electrify Olympic Park next month in their first concert in Seoul.

Fronted by singer Brandon Flowers, The Killers have been making music together since 2002, and they have been greatly influenced by 1980s punk music.

The Killers have won four New Musical Express awards, three for “Best International Band” and one for “Best Video” for their 2006 hit single “Bones.” They have also been nominated for seven Grammy Awards, but have yet to win one.

Their latest album, “Day & Age,” was released in December 2008 and has sold over 2.8 million copies worldwide.

At their concert in Seoul, the band is expected to play songs from Day & Age, including the hit “Human,” as well as songs from their three previous studio albums.

Saturday to Feb. 21: “The Harmonium in My Memory: Season 3.” Based on the movie that starred top Korean actor Lee Byung-hun and actress Jeon Do-yeon, this movie-turned-musical has already garnered numerous musical awards. This version is produced by Jung Jae-wook and Kim Jong-hun.

Set during the 1960s in Korea, a 21-year-old teacher, Kang Soo-ha takes his first job at a school in Gangwon Province. One of his students, Hong-yeon, develops a crush on him and while she tries to win his heart, her efforts go unnoticed. Soo-ha is already interested in another teacher at their school, and Hong-yeon devises a perfect plan to make sure the relationship doesn’t succeed.

The performance will run on weekdays at 8 p.m. and weekends at 3 and 7 p.m. There are no performances on Monday except on Feb. 15.

Jan. 20 to Feb. 21: “Mozart! The Musical.” Based on the life of the renowned classical composer and musical genius, Wolfgang Amadeus Mozart, EMK Musical Company will recreate the musician’s life based on the Austrian musical “Mozart!” for the first time in Korea.

The musical depicts the young and gifted Mozart trying to free himself from the adults who control and manipulate him.

“Mozart! The Musical” has been performed in numerous countries around Europe and Asia.

Jan. 22 to Feb. 15: “Man of La Mancha: The Musical.” This musical first debuted on Broadway in 1965 and garnered five Tony Awards in 1966, including Best Musical and Best Leading Male Actor.

The story is based on the 400-year-old classic novel “Don Quixote” written by Miguel de Cervantes.

The musical retells the life and times of the mad knight Don Quixote through a play within a play, and sheds some light on Cervantes’ creative process.

In addition to the author, the musical will feature such classic characters as Sancho and Don Quixote’s lover, Aldonza.

The talented Korean cast is sure to delight audiences with their renditions of standards such as “The Impossible Dream” and, of course, the title song.

The musical will be performed at 8 p.m. on weekdays, 3 and 7 p.m. on Saturday, and 2 and 6 p.m. on Sundays. There are no performances on Mondays.

Jan. 30: “Beyond… : The Play.” Based on H.G. Wells’ short story “The Country of the Blind,” artists Simon Magnus, Oliver Bedford and Kate Hamm combine shadow puppetry, object theater, mime, clowning and other theatrical forms in this new production by the experimental theater company Root Experience.

The original story is based on the old proverb, “In the country of the blind the one-eyed man is king.”

A man is lost in a mountainous region and falls down a snowy cliff to find himself in a strange valley. Due to a mysterious illness centuries earlier, the people there have evolved without eyes. His challenge is to communicate with the people and show them what they’ve been missing.

Saturday to Jan. 24: This year marks the 16th annual Daegwallyeong Snow Flower Festival, a local cultural festival that was initiated by members of a ski club who frequently visited ski resorts in the Pyeongchang area.

Gangwon Province is the perfect place to visit during the winter, as it gets lots of snow.

The festival will feature a 25-meter (82-foot) long snow tunnel and 2,018 snowmen. Visitors can also visit a sheep ranch in a nearby village and try their hand at roasting pollack.

Take a bus from Dong Seoul Bus Terminal at Gangbyeon Station on line No. 2 and then take an inter-city bus bound for Gangneung. Get off at Hoenggye Bus Terminal and walk for 10 minutes.

You can also take the train to Wonju Station, and then take bus No. 2 or a taxi to the Wonju Intercity Bus Terminal. From there, take an intercity bus bound for Gangneung and get off at Hoenggye Bus Terminal. Walk for 10 minutes.

Jan. 22 to Jan. 31: Since it was established in 1995, the Snow Festival in the city of Taebaek, Gangwon, has been a major winter event.

The festival invites visitors to enjoy the beautiful snow-capped landscape of Mt. Taebaek as they enjoy a number of fun activities.

A major attraction is the world of beautiful snow sculptures created by top sculptors from around the world as well as from Korea. In addition to this, there are a variety of events including magic shows, music concerts, making a snowman and sledding.

This year’s event is organized in conjunction with the local travel industry. Starting with a snow street parade on Jan. 26, the festival will feature a snow and ice carving exhibition as well as a variety of hands-on programs and performances.

Take an inter-city bus from Dong Seoul Bus Terminal at Gangbyeon Station on line No. 2 bound for Taebaek.

Event information is culled from the Korea Tourism Organizaiton and other online sources.