With women, twice the power

With women, twice the power 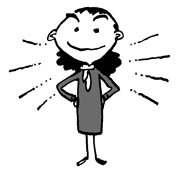 Half of the world’s population is made up of women. The Chinese proverb that “women hold up half the sky” was derived from this idea. Even so, it seems the Chinese didn’t always believe in the equal importance of women.

The Chinese Foreign Ministry appointed Fu Ying - a woman of Mongolian decent who was a former ambassador to the United Kingdom - as a vice foreign minister at the beginning of the year. Fu Ying’s appointment was a rarity in Chinese politics.

Until 1966, before the Cultural Revolution began, the highest position a Chinese female diplomat attained was the rank of deputy minister. Zhang Hanzhi, the wife of the fourth Foreign Minister Qiao Guanhua, got this position. Former Prime Minister Zhou Enlai praised her, saying, “No one can replace her.”

The first female vice foreign minister was Wang Hairong, who took office in July 1974 during the Cultural Revolution. However, she was a grandniece of Mao Zedong and thus she got promoted through favoritism. Mao Zedong often appointed his staff members based on favoritism and patronage especially during the Cultural Revolution. He appointed his wife, Jiang Qing, as one of the highest-ranked members of the Central Committee, the highest leading body of the Chinese Communist Party. Mao Yuanxin, a cousin of Mao Zedong, rose from the ranks to become party secretary of Liaoning Province and political commissar of the Shenyang Military Region in 1974.

Females in the central government are few and far between. There are very few female officers beyond the head of the Ministry of Supervision, Ma Wen, and the Minister of National Population and Family Planning Commission, Dr. Li Bin.

We are not in a position to laugh at China. Park Geun-hye, former Grand National Party chairperson, stands out from the crowd because of her gender. Politicians trapped in the Sejong City dilemma are desperately waiting to hear from her.

China is beginning to call for women to “rise to their feet,” and are trying to encourage the success of women in society. Both in China and in Korea, if women are fully empowered, we will see a twofold increase in national power.