Collaborative art project will change the face of a city

Collaborative art project will change the face of a city 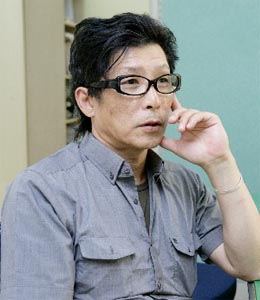 Imagine a house created to fit your needs and wants perfectly. Now imagine a whole town just for you. This is the dream that Park Kyong has for Anyang, Gyeonggi.

The first Anyang Public Art Project, a publicly-funded cultural program, turned a deserted resort into the Anyang Art Park in 2005. The second APAP, in 2007, transformed Pyeongchon-dong, the heart of Anyang, with outdoor art from domestic and international artists. But as artistic director of APAP2010, Park will preside over something much bigger.

“APAP 2010 will be totally different from the previous projects,” Park says. “Artists are used to working alone, in their own space and in their own minds. We will break that tendency and work very close with the people.”

The project, unlike its predecessors, is massive, consisting of 24 new developments across the city. They include building clusters of homes to create whole new communities, the demolition and reconstruction of an abandoned building at Anyang University and new parks full of art by professionals and citizens.

“We are trying to empower people themselves. The citizens need to take control now since they’re the ones who will be living there,” says Park. “We’re bringing in experts and capital to collaborate with them to create a new space that won’t be so foreign.”

The APAP motto this year is “Creative, Collective and Changing” - so Park’s team adopted a new approach.

“People are more prone to respond to models, so we made miniature models of the whole city and the little towns to get passers-by engaged,” said the director. “Once the people see the models, they start talking about their likes and dislikes, what they want for the city, how the city was before. And sometimes they even invite you to their homes to look at old pictures. It’s a great way to get to know what people need in their everyday lives.”

The staff has been constantly engaged with artists, community representatives, citizens, the university, government officials and art education groups. Park says because urban environments have so many components, his crew needs to be well equipped, with trained professionals in art, architecture, sociology, anthropology, geology and more.

“Cities are very complex documents of human society; how we lived and evolved through the ages,” says Park. “It’s like the best movie ever made. My job now is to build better buildings and better apartments on top of the existing city.”

Park’s love for cities and art goes deep and wide. Before APAP2010, he worked as an associate visual arts professor at the University of California, San Diego. He was the curator of the Gwangju Biennale in 1997, and has held exhibitions all across the globe, including the New Silk Road Project, in which he charted an urban “silk road” based on his journeys to major world cities. Due to many activities abroad, Park is a well-known figure in architecture but is still relatively unknown in Korea; he hopes the APAP will be a way to gain some attention in his mother country.

“I think of art as a public service. I put more importance on cultural value rather than the prestige that comes from the economic value,” he explains. “So working at a public level and helping with my knowledge leads to my innovations. I guess you could say my inspiration comes from people I work with.”

However, he did express some difficulties coping with hierarchical society in Korea.

“Although Koreans are efficient workers and always get the job done, sometimes administrative autonomy projects lack artistic value. For example, Korean government officials tend to like giant landmarks and don’t realize small things can lead to huge accomplishments. Take that big statue shaped like a rocket built in front of Incheon International Airport. They spent a ridiculous amount of money on it and it didn’t do anything for either the landscape or the reputation of Korea.”

The artist-architect also says Korea needs to take it slow on implementing changes to cities, and do it in smaller chunks.

Park looks forward to APAP as a venue to show these beliefs. “I hope APAP2010 will change the way people see their city and town and help them find better ways to improve and change the environment on their own.

“Also, Korean society should begin to see cities with different values. Rather than putting price tags on everything, start seeing the design, historical and social value of places and take control of how the city develops.

APAP2010 is scheduled to begin construction in springtime and finish in late September. For more information, visit www.apap2010.org.