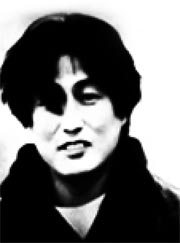 The song “My Love, Stay with Me” has been covered by more artists than any other Korean pop song ever written. If you do a search on the Internet, you can find more than 50 different recordings of the famous tune.

Last year, even actor Kim Myung-min recorded one. While acting in the film “Closer to Heaven,” he lost 20 kilograms (44 pounds) to play the lead role of a man with Lou Gehrig’s disease. Kim sings My Love, Stay with Me during the end credits. The mournful song is fitting for such a tragic film.

But perhaps even more tragic is the song’s origins. It was first recorded by singer Kim Hyun-sik, who died of hepatocirrhosis in 1990.

Kim Hyun-sik’s sixth album, on which the original recording is included, was released only after his death, in June 1991.

As soon as it was released, it became so popular that music critic Song Ki-chul proclaimed “there is almost no music lover who does not have a copy.” The song was also reportedly played more often that winter than Christmas carols.

The mournful tune repeated by the strings in the introduction, interlude and end appeals to something deep within people.

It is the teuroteu melody - the oldest form of Korean pop music - that moves people’s heart.

The person perhaps most surprised by the song’s popularity was its composer, Oh Tae-ho.

Oh wrote the tune and lyrics while he was working as a member of the vocal group Sinchon Blues in 1988.

Later, Kim Hyun-sik overheard Oh humming the melody of the song in an audition room and begged Oh to let him to record the song. Oh agreed, but later forgot about the conversation.

Kim finally got to record the song in 1990, when he was about to die from liver disease. At the time, he was so close to death that, in an interview with a music magazine, he said, “I feel like committing suicide because I am in so much pain.”

He sang as if he was pouring out his soul, but he could not put the finishing touches on the recording. The unpolished version Kim recorded was released.

This year is the 20th anniversary of singer Kim Hyun-sik’s death.

Although 20 years have passed since his death, we still long to hear the song that he could not finish recording.

A commemorative documentary on the singer was televised by a cable channel last weekend. At the same time, they released an album dedicated to him.

My Love, Stay with Me was recorded once again; this time, by Kim’s son, Kim Wan-je. He has grown up to be a singer just like his father.